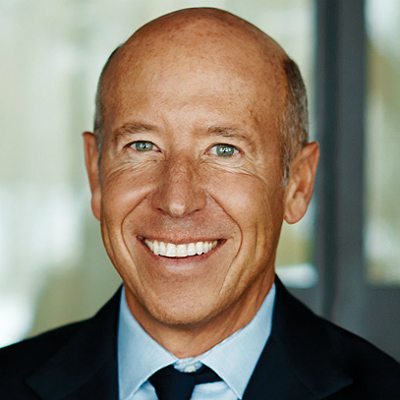 Barry Stuart Sternlicht (born November 27, 1960) is a billionaire and the co-founder (with Bob Faith), chairman, and CEO of Starwood Capital Group, an investment fund with over $60 billion in assets under management. He is also chairman of Starwood Property Trust. He is the co-founder of Starwood and served as its CEO from 1995 to 2005.

He has previously served on the board of directors of the Pension Real Estate Association and the Real Estate Roundtable. He is a past trustee of his alma mater, Brown University.

Sternlicht's style has been described as "intense and impetuous".

After graduation, he went to work for JMB Realty, a real estate investment company in Chicago. In 1989, at the start of the savings and loan crisis and the early 1990s recession, he was laid off.

In 1991, at the age of 31, with Bob Faith, Sternlicht launched Starwood Capital Group to buy apartment buildings that were being sold by the Resolution Trust Corporation, created by the federal government to hold and liquidate the real estate assets owned by failed banks after the savings and loan crisis. Sternlicht raised $20 million from the families of William Bernard Ziff Jr. and Carter Burden of New York to fund these purchases.

In 1993, Sternlicht contributed the apartment portfolio to Sam Zell's Equity Residential in exchange for a 20% stake in the company.

In 1994, at the age of 36, in partnership with Goldman Sachs, Sternlicht's company purchased Westin Hotels & Resorts in a $561 million transaction. Sternlicht's innovations included W Hotels and the Westin Heavenly Bed. The bed was modeled after the bed in Sternlicht's home.

In 1997, Sternlicht's company acquired Sheraton Hotels and Resorts in a $13.3 billion transaction, topping a bid by Hilton Worldwide.

In 2005, Sternlicht was inducted into the Interior Design Magazine Hall of Fame.

Barry Sternlicht was married to Mimi (née Reichert) Sternlicht, who he met at Brown University, but they separated in 2016. They have 3 children together.

In 2016, Sternlicht moved to Florida.

In 2007, Sternlicht funded a $1 million grant to the Harvard Stem Cell Institute to support research for a cure for diabetes.