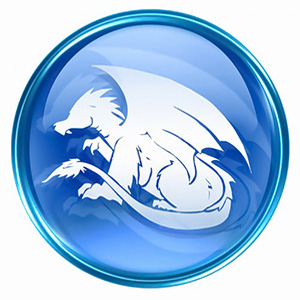 People who were born in the Year of the Dragon have a strong character and a broad soul. Their element is a tree, the luckiest time of the year is spring, and the peak of the season is April. Astrologers attribute this animal to the Yang group, it controls the time interval of 7-9 am. The colors of yellow and black bring prosperity to the Dragon, and the plants - lotus, sage and mandrake. The best countries for the residence of representatives of this sign of the Chinese horoscope are Nepal, Ceylon, Spain, Bolivia, Finland and Kenya.

Despite the fact that this sign has a fixed element, it successfully combines all the earthly elements. The dragon symbolizes the lust for power, vitality and ambition.

In astrology, this sign is the personification of independence, love of freedom and violent imagination. The dragon does not tolerate oppression and needs living space. Often he is an incorrigible idealist who demands the same from other people. Because of this quality, he can lose loved ones and friends. From childhood, the Dragon makes exaggerated demands on those around him. A sign can experience dissatisfaction with life already at a young age. When the formation of his personality takes place, he is faced with the first difficulties that will determine his future future.

The rebellious nature makes the Dragon often challenge society and make grandiose plans. He hates when his personal space is invaded and can suddenly "spew out flames."

People born this year are maximalists by nature. Throughout their lives, Dragons hone their skills and talents. They don't stop learning, but they can't stand it when someone gives unsolicited advice.

The Dragon exudes charisma, so he easily disposes of people. This sign of the Chinese horoscope always has many supporters, and those around them believe in its wisdom and exceptional qualities. He is a gifted, eloquent and intelligent person, born for luxury and fame. In communication, the Dragon is often straightforward and sincere, not inclined to lie and hypocrite. In work, the representative of this sign will spare neither physical nor moral strength. He performs any tasks as efficiently and quickly as possible, he is able to reach great heights in business.

In astrology, the Dragon is considered an almost unsinkable person. He will never stop there, since he is not satisfied with a secondary role in life. The place of this sign is on the throne. Often, representatives of this symbol try to do everything to leave their own mark in history. If success does not come to him in one area, then he will focus on another without hesitation. The Dragon always has several alternative activities, as he is used to playing it safe in case of failure.

The dragon is an excellent organizer, strategist and tactician. He can easily turn any defeat into victory, and also benefit from what is happening around him. This sign of the Chinese horoscope is not used to being wasted on trifles, because he knows his own worth. He is generous enough, as his inner hero always seeks to help the weak. In order to achieve this goal, the Dragon will use his own mind and talent, but will never go over his head. 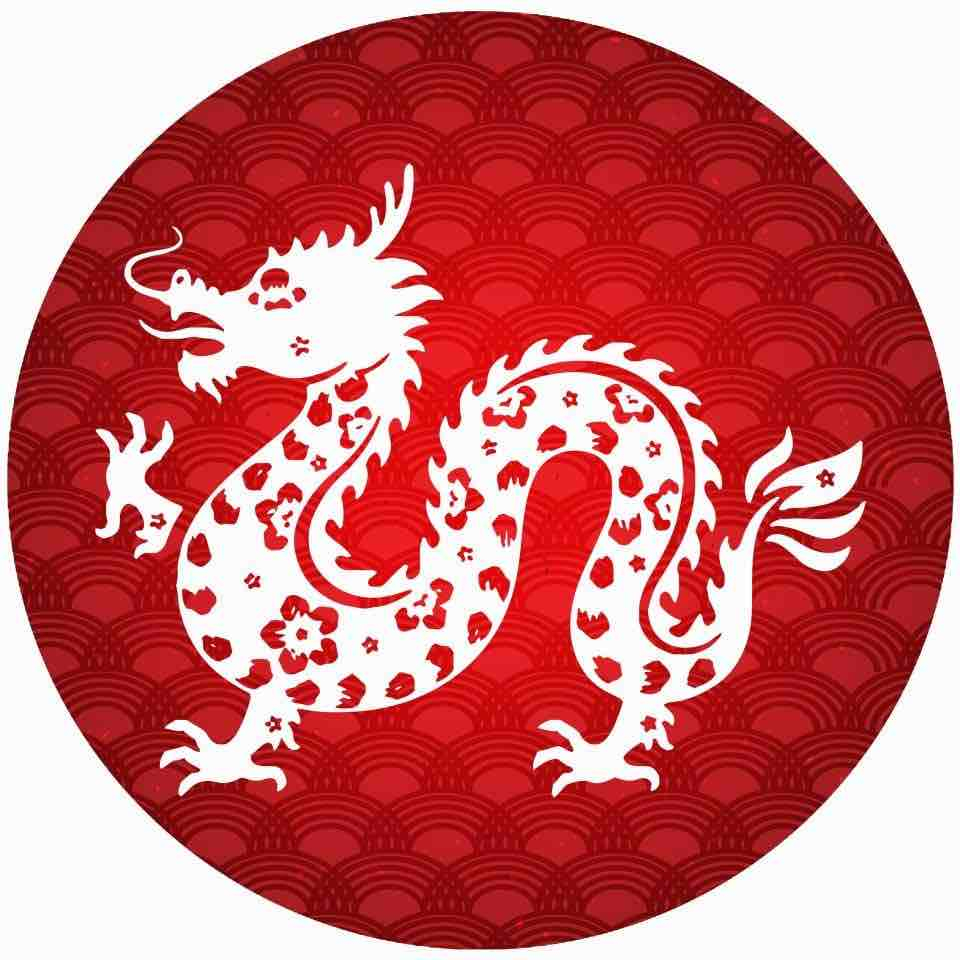 Dragon in the Chinese zodiac

One of the negative qualities of the Dragon is tactlessness. Often, representatives of this sign insert their comments where it is not necessary. They can make a remark even to strangers, although they themselves cannot stand criticism. Those who are not closely acquainted with the Dragon conclude that this is a shameless and rude person.

Usually he knows how to control himself, but sometimes outbursts of anger occur, which are furious and completely unexpected. For the Dragon, understanding and approval of the people around is important. He needs to be in the spotlight, and routine and monotony lead him to despondency. This sign can even use harsh methods to solve problems, explaining its behavior by the fact that it wants justice.

The Dragon man enters marriage quite late, as he values ​​his freedom very much. It is quite possible to build a partnership with him, but it will not work to "domesticate" the representative of this sign. Usually, the Dragon leaves the parent's nest early and becomes independent, not afraid to take responsibility for its own life. Despite the recommendations of his family, he chooses his own path. Sometimes his plans and dreams seem unrealistic to those around him, but the Dragon will certainly prove that they are wrong. This Chinese horoscope sign will make every effort to make his dreams come true.

In personal relationships, the Dragon is often unstable. He is in search of the perfect soul mate, but he may remain a bachelor.

The Dragon man is incredibly amorous, but often his feelings quickly cool down. In marriage, he can become an understanding husband for his wife, but he is prone to betrayal. 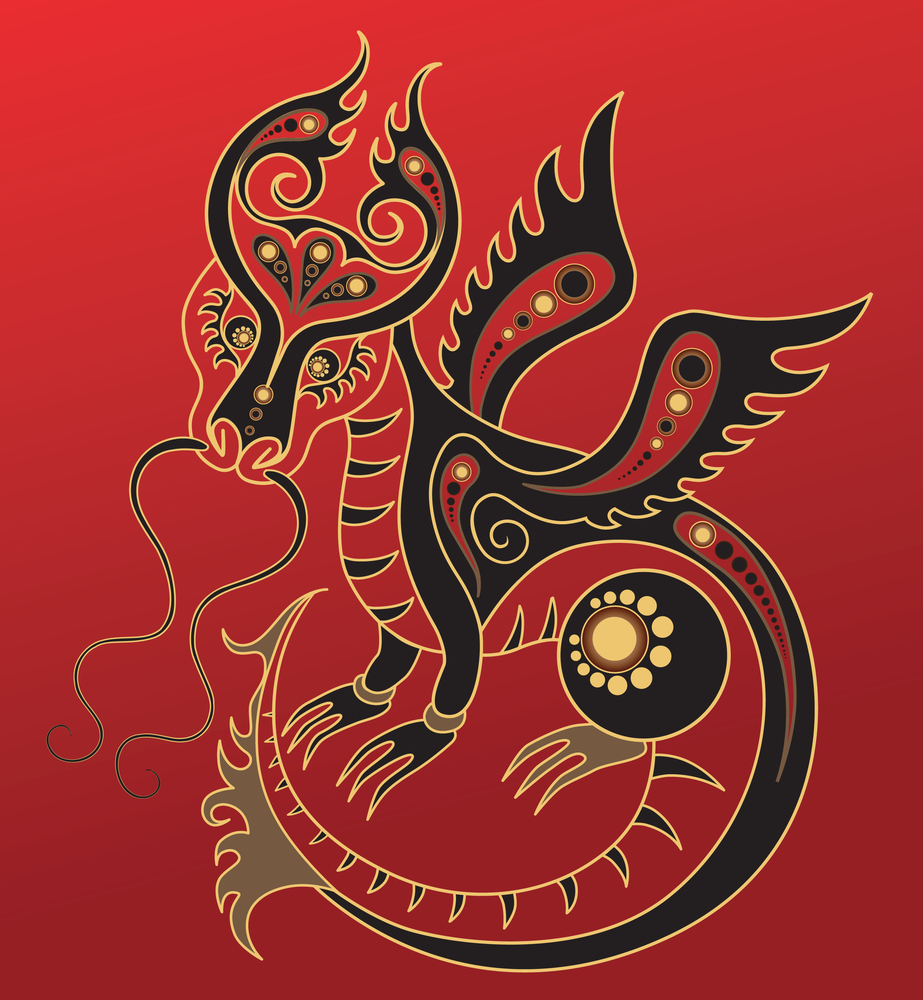 The Dragon Girl early begins to demonstrate her own independence to her parents. She has self-realization and career in the first place, so she is in no hurry to get married. The Dragon woman chooses her future profession and environment herself, since she rarely listens to other people's advice.

During the acquaintance, she often takes the initiative, and the partner should share her own views and be an interesting conversationalist.

The Dragon Woman wants to meet a soul mate who is stronger than her. She needs a companion to admire and be proud of.

The representative of this sign always has many new friends of interest. In a relationship, she, like the Dragon man, is very fickle, but she approaches the choice of a husband thoroughly. The Dragon Woman will never create a family with a dubious and unreliable person. There should be a talented, intelligent, ambitious, courageous and honest companion next to her.

Horoscope for Sagittarius today
Today, Sagittarius is predicted to have an increase in life potential. You are more confident than ever in your abilities and ready to lead a crowd of ... Read more »

Horoscope for Pisces today
The beginning of the day is the most positive time for Pisces. Today, the wind of change will literally burst into your life, which you will be extrem ... Read more »

Horoscope for Aquarius today
Tomorrow, Aquarius will want to be a real master not only of his own life, but also of his plans and thoughts. On this day, it makes no sense to him t ... Read more »

Horoscope for Capricorn today
Today Capricorn needs to be especially careful and careful. On this day, the well-being of the sign can suddenly and decisively change not for the bet ... Read more »

Horoscope for Cancer today
Today Cancer doesn't bode well for anything significant. At work, it may be time to take stock and prepare for new projects, put things in order in af ... Read more »

Horoscope for Gemini today
Today, the path to success with Gemini lies through the help of old acquaintances who enjoy authority and influence in the right circles. At work, you ... Read more »

Horoscope for Libra today
Today Libra it is advisable to calm down and restore balance between thoughts and feelings in order to enjoy harmony and peace. In relationships with ... Read more »

Horoscope for Taurus today
This day is extremely critical for Taurus, so do not expect special luck, which, even if it comes in your business, can turn away at any moment. Try t ... Read more »

Horoscope for Scorpio today
Today Scorpio has a favorable day for decisive actions in the field of professional activity, new initiatives and ideas are not excluded. You are expe ... Read more »

Horoscope for Aries today
Today will bring Aries dates of a personal nature and friendly meetings, tune in to a pleasant pastime and relaxation in the circle of loved ones. Tra ... Read more »

Horoscope for Virgo today
For Virgo today is not a pleasant and lucky day. Perhaps you are lucky and the cycle of events will not whirl you. Do things in a measured manner, gra ... Read more »

Horoscope for Lion today
Today Lion in the morning will make itself felt by old acquaintances, and events similar to the events of the past will also occur. You will solve som ... Read more »

Fresh horoscope for every day for all signs of the zodiac. Simple and clear recommendations for staying in harmony with yourself and with the stars. We have the most accurate astrological forecast for all residents. Find out predictions about business, health and love. True horoscopes on GlobalNY.biz especially for you!
Alena Potapova
Development Director
Daily horoscope subscription
Zodiac signs
Pig
Dog
Rooster
Monkey
Goat
Horse
Snake
Dragon
Rabbit
Tiger
Bull
Rat
Zodiac signs
Sagittarius
Pisces
Aquarius
Capricorn
Cancer
Gemini
Libra
Taurus
Scorpio
Aries
Virgo
Lion
Horoscope subscription
Today an auspicious day for a subscription to a daily horoscope!
Subscribe
Calculation of compatibility
Personal Compatibility Checking is a great way to find people you are happy with.
Go
Individual horoscope
Our date of birth is the key to reading the future and predicting fate.
Go
Were born 27 January