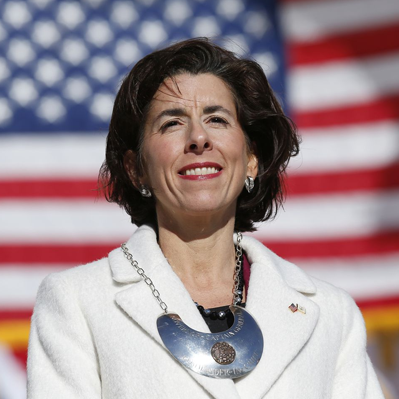 Secretary of Department of Commerce

Gina Marie Raimondo  is an American politician and venture capitalist serving as the 40th and current United States Secretary of Commerce since 2021. A member of the Democratic Party, she previously served as the 75th and first female Governor of Rhode Island from 2015 to 2021.

Gina Marie Raimondo was born in 1971 in Smithfield, Rhode Island, where she later grew up. Of Italian descent, she is the youngest of Josephine (Piro) and Joseph Raimondo's three children. Her father, Joseph (1926–2014), made his career at the Bulova watch factory in Providence, Rhode Island. He became unemployed at 56 when the Bulova company decamped operations to China, shuttering the factory in Providence. Raimondo was a childhood friend of U.S. Senator Jack Reed.[citation needed] Raimondo graduated from LaSalle Academy, in Providence, as one of the first girls allowed to attend the Catholic school, where she was valedictorian.

Following her graduation from Yale Law School, Raimondo served as a law clerk to federal judge Kimba Wood of the United States District Court for the Southern District of New York. Later, Raimondo acted as senior vice president for fund development at the Manhattan offices of Village Ventures, a venture capital firm based in Williamstown, Massachusetts, and backed by Bain Capital and Highland Capital Groups. Raimondo returned to Rhode Island in 2000 to co-found the state's first venture capital firm, Point Judith Capital. Point Judith subsequently relocated its offices to Boston, Massachusetts. At Point Judith, Raimondo served as a general partner covering health care investments; she retains some executive duties with the firm. 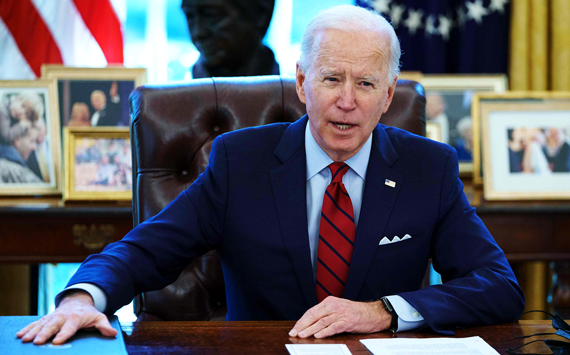 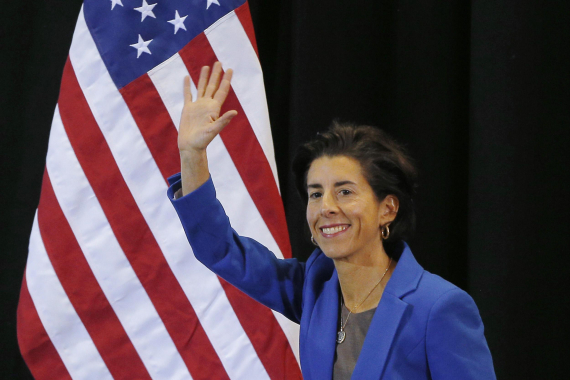 Blackstone
4 Persons
GlobalNY.biz pays special attention to the activities of famous people: politicians, officials, businessmen, bankers, cultural and sports figures. Their opinion largely determines the development of political, social and economic life in New York. The section is constantly edited by our journalists for the relevance of information. Here you can find information about CEOs and presidents of top New York companies, officials and public figures who play a key role in the development of the region.
The goal of the project is to create a comfortable information space for all market actors, as well as to acquaint the readership with business people in New York.
We have created an impressive database of people in New York, which contains information about a career path, education and other important information about a person.
Thanks to automatic counting of the number of mentions of a person in the news sections " New York News ”and“ New York Press Releases ”on the portal the rating of popularity and influence of persons is formed. The GlobalNY.biz team monitors rating changes and rewards project participants for their success. In general, the rating of participants is based on an in-depth analysis of the activity of PR services of famous people, and also reflects the qualitative state of the information field formed by the media and press services around the organization.
Business People of New York is a project about people who, through their ideas, words and deeds, have a great influence on the development and prosperity of New York.
Alena Potapova
Development Director
Subscribe to the person
About company