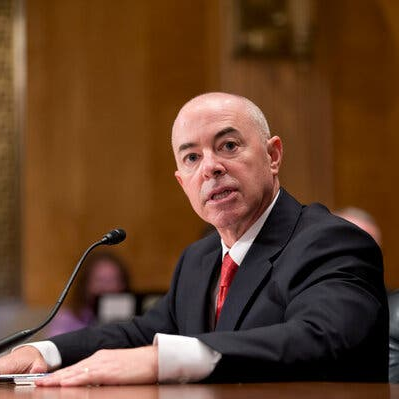 Alejandro Nicholas Mayorkas is an American lawyer and former government official. Born in Cuba, he grew up in California and graduated from the University of California, Berkeley as well as Loyola Law School, Los Angeles. During the Bill Clinton administration, Mayorkas served as U.S. Attorney for the Central District of California; during the Obama administration, he served in the Department of Homeland Security, first as Director of U.S. Citizenship and Immigration Services (2009-13) and then as Deputy Secretary (2013-14). In 2016, he became a partner in the law firm of Wilmer Cutler Pickering Hale & Dorr, a Washington, D.C. law firm. On November 23, 2020, President-elect Joe Biden announced that he has nominated Mayorkas to serve as Secretary of Homeland Security in the his Cabinet.

Alejandro Nicholas Mayorkas was born in Havana, Cuba, on November 24, 1959. His parents arrived with him and his sister to the United States in 1960 as refugees, following the Cuban Revolution. He lived in Miami, Florida, before his family moved to Los Angeles, California, where he was raised for the remainder of his youth.

His father was a Cuban Jew of Sephardic background and his mother a Romanian Jew whose family escaped the Holocaust and fled to Cuba in the 1940s where his father owned and operated a steel wool factory.

Mayorkas earned his Bachelor of Arts degree with distinction from the University of California, Berkeley, in 1981. He received his Juris Doctor from Loyola Law School in Los Angeles in 1985.

Mayorkas is married and has three daughters. He is Jewish.