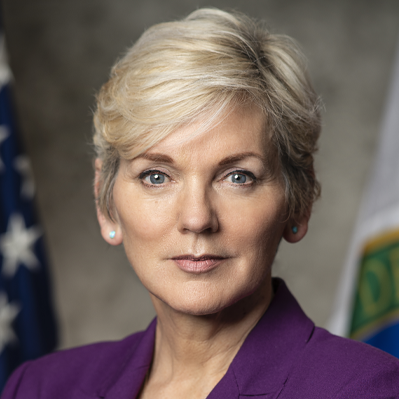 Jennifer Mulhern Granholm is a Canadian-American politician, lawyer, educator, author, and political commentator serving as the 16th United States Secretary of Energy since 2021. A member of the Democratic Party, she previously served as the 47th governor of Michigan from 2003 to 2011, and as the attorney general of Michigan from 1999 to 2003, as the first woman to hold both offices.

Born in Vancouver, British Columbia, Granholm moved to California at age four. She attended the University of California, Berkeley, graduated with a Bachelor of Arts degree in 1984 and then a Juris Doctor from Harvard Law School, where she was editor-in-chief of the Harvard Civil Rights-Civil Liberties Law Review. She then clerked for Judge Damon Keith of the United States Court of Appeals for the Sixth Circuit, became an assistant U.S. attorney for the Eastern District of Michigan in 1991 and in 1995 she was appointed to the Wayne County Corporation Counsel.

Granholm ran for Attorney General of Michigan in 1998 to succeed 37-year Democratic incumbent Frank J. Kelley. She defeated Republican John Smietanka, the 1994 nominee and former U.S. attorney for the Western District of Michigan, by 52% to 48% and served from 1999 to 2003. She ran for governor in 2002 to succeed Republican John Engler. She defeated Engler's lieutenant governor Dick Posthumus by 51% to 47% and became Michigan's first female governor on January 1, 2003. She was re-elected to a second term in 2006 against Republican businessman Dick DeVos by a large margin and served until January 1, 2011, when she left office due to state term-limits.

She was a member of the presidential transition team for Barack Obama before he assumed office in January 2009. After leaving public office, Granholm took a position at the University of California, Berkeley and, with her husband Daniel Mulhern, authored A Governor's Story: The Fight for Jobs and America's Future, released in 2011. She became host of The War Room with Jennifer Granholm on Current TV. In January 2017, she was hired as a CNN political contributor.

On December 15, 2020, the president-elect, Joe Biden, announced his intention to nominate Granholm to head the United States Department of Energy. She was confirmed by the United States Senate on February 25, 2021, by a vote of 64–35. 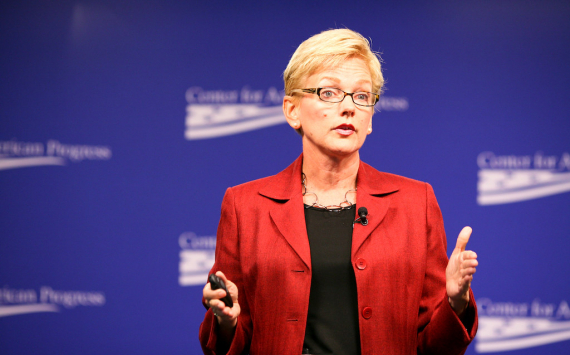