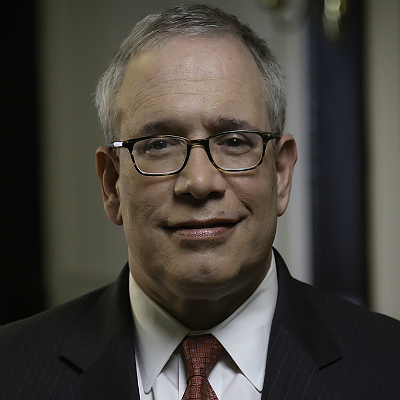 Activity: American politician serving as the 44th New York City Comptroller. He previously served as a New York State Assemblyman, and as the 26th Borough President of Manhattan.

Scott M. Stringer (born April 29, 1960) is an American politician serving as the 44th New York City Comptroller. He previously served as a New York State Assemblyman, and as the 26th Borough President of Manhattan.

Stringer is Jewish, and was born and raised in Washington Heights in Upper Manhattan in New York City. His mother, Arlene Stringer-Cuevas, a cousin of former U.S. Representative Bella Abzug, served on the New York City Council before working in the New York City Human Resources Administration. His father, Ronald, was counsel to former New York City Mayor Abe Beame. His stepfather, Carlos Cuevas, was at one time the New York City clerk and a Deputy Borough President in the Bronx.

Stringer attended Manhattan public schools, including PS 152, JHS 52, and John F. Kennedy High School (where he was editor of the school newspaper). When Stringer was still in high school at age 16, then-Manhattan Borough President Percy Sutton named Stringer to the Community Planning Board. Stringer graduated from the John Jay College of Criminal Justice with a Bachelor of Arts in Government Studies in 1986.

He has distant roots from Russia and Ireland, he has said, and his great-grandfather was from Poland.

In 1983, he became a legislative assistant to New York State Assemblyman, and future Congressman, Jerry Nadler. During these years, he supported Democratic candidate Governor Mario Cuomo.

In 1992, Stringer ran for and won Nadler's New York State Assembly seat representing the Upper West Side, when Nadler replaced deceased Congressman Ted Weiss. Stringer served for 13 years and six terms in the New York State Assembly, from 1992 until 2005. During his Assembly career, Stringer served as Chairman of the Cities Committee, Chairman of the Real Property Taxation Committee, and Chairman of the Oversight, Analysis and Investigation Committee. He led the fight to end empty seat voting and reform the State Assembly's rules of operation. He was a leader on issues of domestic violence, authoring anti-stalking legislation, affordable housing, and good government reform.

In 2005, he entered the race to succeed C. Virginia Fields as Manhattan Borough President. His candidacy was endorsed by The New York Times. In September 2005, he won the Democratic primary against 9 other candidates and was later elected in the November general election. He took office as Borough President on January 1, 2006.

Stringer issued over 40 policy reports designed to raise awareness about local issues and improve New York City. These reports have led the charge in addressing many of Manhattan's most important challenges and issues, including: increasing community input and response to development and planning projects across the borough; introducing comprehensive reform and empowerment measures to Manhattan's Community Boards; leading the fight to maintain and create new affordable housing units and schools across the borough; empowering parents to better participate in the public school system; investigating and recommending policy action on the city's many transportation issues; and helping working families and small businesses access resources to become and remain self-sufficient.

In November 2008 and December 2009 as Borough President, he hosted day-long conferences on the subject of progressive food policy. For the second conference, attended by 1,000 New Yorkers, he joined with New York University and the not-for-profit Just Food to address the impact of food on the health of New York City's people and their environment. He released several policy reports on food policy, including "Food in the Public Interest", "FoodStat", and "Red Tape, Green Vegetables".

Throughout his tenure as Borough President, Stringer supported new transportation initiatives such as bike lanes. After numerous constituent complaints, in 2010 he undertook a survey, "Respect the Lane – Clear the Path", a policy report analyzing bike lane safety in Manhattan. During the course of the three-day survey, a total of 1,700 infractions were witnessed. The survey found that while bike lanes have a tremendous positive impact on New York City, the lanes were being misused by all parties; pedestrians, motorists, and cyclists. Working with community leaders, elected officials, local businesses, and local residents, Stringer worked to raise awareness about bike lane safety, and recommended an "increase in protected bicycle lanes, which are separated from traffic by a physical barrier and stepped-up patrol by traffic enforcement agents to ticket scofflaws, along with better signage," among other ideas.

Stringer led the fight in New York City against hydraulic fracturing in New York State. Stringer hosted many Manhattan Community Boards to discuss the potential problems associated with "fracking", such as contamination to the water supply. Stringer also released a policy report in 2009, Uncalculated Risk: How Plans to Drill for Gas in Upstate New York could threaten New York City's Water System, a report highlighting the impacts of "fracking".

On November 6, 2008, Stringer announced his decision to seek re-election as Manhattan Borough President. His Republican opponent, David Casavis, a history professor and foreign affairs writer/commentator, got 16% of the vote on a platform to abolish the office. In an October 5, 2009 article in City Limits, Stringer dismissed calls by Casavis and Mayor Michael Bloomberg to eliminate his office: "There are people who are going to call for the elimination of the public advocate office, borough president, the City Council. There are people who believe that we should have a king system here," says Stringer. "Borough presidents are part of a new era and a different kind of government. It has real responsibilities and it gives you a large footprint on the issues you get involved with. It's up to the individual to take advantage of that, that you might have an impact."

In Spring 2009, Stringer considered a primary challenge to incumbent U.S. Senator Kirsten Gillibrand. However, he announced in May 2009 that he would not run. In his statement he said: "In light of President Obama's clear desire to avoid a Democratic primary in New York State, I have decided to focus on my re-election race for Manhattan Borough President and to suspend my exploratory committee and fund-raising efforts for the 2010 Senate race. I firmly believe that innovative thinking on issues like education and the urban environment must be joined with bedrock Democratic values on gun control and immigration if New York's interests are to be effectively represented in Washington."

Stringer was considered one of several contenders for the 2013 New York City Mayoral primary before he announced in mid-November 2012 that he would instead run for city comptroller in the 2013 election. His campaign team included spokesperson Audrey Gelman, advertising agency GMMB, and pollster Mark Mellman. Stringer was challenged by former New York Governor Elliot Spitzer in the Democratic party primary. Stringer, originally thought to have the lead unopposed, trailed Spitzer in the polls until late August, when he took a two-point lead. Stringer defeated Spitzer in the September 10 primary 52%–48%. In the days prior to the Democratic primary, several media outlets published a piece describing Stringer's vote against legislation that stripped NAMBLA of its tax-exempt status.

In November 2014, Comptroller Stringer announced an initiative, on behalf of the $160 billion New York City Pension Funds, to give long-term shareholders the right to nominate their own directors at 75 U.S. companies. The "proxy access" initiative, known as the Boardroom Accountability Project, requests that these companies change their bylaws to allow shareholders who meet a threshold of owning three percent of a company for three or more years the right to list their director candidates, representing up to 25 percent of the board, on a given company's proxy. Proxy access is the ability for shareowners to nominate directors to run against a company's chosen slate of director candidates on the corporate ballot. The 75 proposals were filed based on three priority issues: climate change, board diversity and excessive CEO pay. Stringer called proxy access "the defining issue for the 2015 proxy season".

In 2017, there was no Democratic primary for the position with Stringer facing Republican Michel Faulkner in the general election.

On August 28, 2001, Village Voice political writer Wayne Barrett wrote a piece entitled, "Mother Dearest & the Courthouse Cabal," in which he discussed Stringer's involvement in courtroom politics, specifically questioning how Stringer's parents had benefited financially from his political ties, and whether some of his campaign contributors had done unethical things. Barrett also raised questions about whether Acting Supreme Court judge Louis York had attempted to gain Stringer's support in his bid for a full term on the court by appointing Stringer's mother nine times as a court evaluator and conservator.

Both the New York Daily News and the New York Post have published articles calling for the borough presidencies to be eliminated. A March 15, 2009 Daily News article criticized the borough presidents for spending millions of dollars on "pet projects", including Stringer's "$2 million to renovate the old High Line trestle and create an immensely popular park – and another $150,000 for a database of senior citizens".

On September 3, 2010, Stringer married Elyse Buxbaum, an arts administrator at the time, who is the deputy director of development at The Jewish Museum. The couple chose to receive a marriage license in Connecticut as a statement of solidarity with LGBT couples who had not yet been given the right to marry in New York State. They have two boys.

ATHANASIA Dean C.
President of Consumer and Small Business at Bank of America
1 place
View all