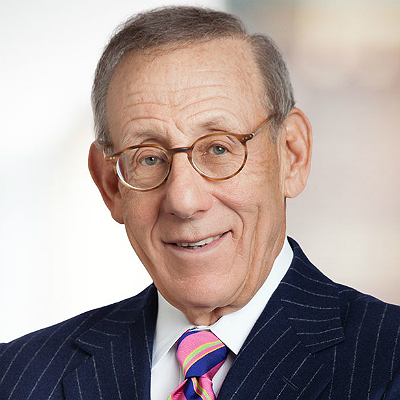 Stephen M. Ross is the Chairman and Founder of Related Companies. Mr. Ross formed Related in 1972 and today the company includes over 2,500 professionals. Related has developed over $22 billion in real estate and owns real estate assets valued at over $15 billion made up of best-in-class mixed-use, residential, retail, office, trade show and affordable properties in premier high-barrier-to-entry markets. Mr. Ross is also the owner of the Miami Dolphins.

Mr. Ross is Chairman of the Board of Directors of Equinox Holdings, Inc., serves on the Executive Committee and is a trustee of Lincoln Center and is a trustee of NewYork-Presbyterian Hospital, the Guggenheim Foundation. He is also a director of the World Resources Institute and the Jackie Robinson Foundation and chairperson emeritus of the Real Estate Board of New York (REBNY), the city’s leading real estate trade association.

Over the years, Mr. Ross has received numerous honors for his business, civic, and philanthropic activities. Most recently, he was a New York Power Player by the New York Times, the Most Powerful Person in New York Real Estate by the New York Observer, Multi-Family Property Executive of the Year by Commercial Property News, and Housing Person of the Year by the National Housing Conference. He also received The National Building Museum Honor Award, REBNY’s Harry B. Helmsley Distinguished New Yorker Award and the Jack D. Weiler Award from UJA. Crain’s New York named Mr. Ross one of the 100 Most Influential Leaders in Business and he was recognized by NYC & Company with their Leadership in Tourism Award.