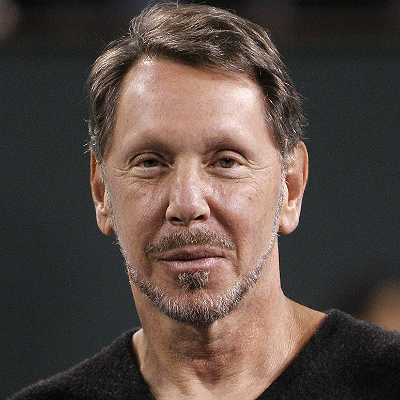 Larry Ellison is the founder and CEO of Oracle Corporation, which earned him a spot as fifth wealthiest person in the world in 2014.

Larry Ellison was born in the Bronx, New York, on August 17, 1944, to single mother Florence Spellman. When he was nine months old, Ellison came down with pneumonia, and his mother sent him to Chicago to be raised by her aunt and uncle, Lillian and Louis Ellison, who adopted the baby.

Ellison then packed his bags for Berkeley, California, with little money, and for the next decade he moved from job to job at such places as Wells Fargo and Amdahl Corporation. Between college and his various jobs, Ellison had picked up basic computer skills, and he was finally able to put them to use as a programmer at Amdahl, where he worked on the first IBM-compatible mainframe system.

In 1977, Ellison and two of his Amdahl colleagues founded Software Development Labs and soon had a contract to build a database-management system—which they called Oracle—for the CIA. The company had fewer than 10 employees and revenue of less than $1 million per year, but in 1981, IBM signed on to use Oracle, and the company’s sales doubled every year for the next seven years. Ellison soon renamed the company after its best-selling product.

In 1986, Oracle Corporation held its IPO (initial public offering), but some accounting issues helped wipe out the majority of the company’s market capitalization and Oracle teetered on the brink of bankruptcy. After a management shakeup and a product-cycle refresh, however, Oracle’s new products took the industry by storm, and by 1992 the company was the leader in the database-management realm.

Success continued, and as Ellison was Oracle’s largest shareholder, he became one of the wealthiest people in the world. Ellison set his sights on growth through acquisitions, and over the next several years he gobbled up several companies, including PeopleSoft, Siebel Systems and Sun Microsystems, all of which helped Oracle reach a market cap of roughly $185 billion with some 130,000 employees by 2014.

When he’s not busy bolstering his software empire, Ellison races yachts (his yacht Rising Sun is over 450 feet long—one of the largest privately owned vessels in the world), and in 2010 he joined the BMW Oracle racing team and won the prestigious America’s Cup. The victory brought the cup to the United States for the first time in 15 years, a win the team repeated in 2013.

BROWN Ethan
President & CEO at Beyond Meat
1 place
View all