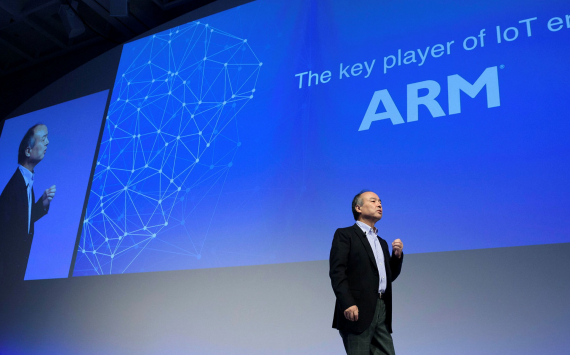 The biggest deal in Nvidia's history and one of the biggest in the tech industry, Nvidia's merger with UK-based Arm, could be delayed indefinitely because of China's antitrust investigation. Since Arm has subsidiaries in other countries, the deal requires approval from their authorities.

Nvidia (NVDA) could take twice as long to get approval for its deal to buy the UK's largest technology company Arm Holdings, which is owned by Japanese financial conglomerate SoftBank Group.

After the companies announced the $40bn deal last September, the first hurdle was a class action lawsuit from Google (GOOGL), Qualcomm (QCOM) and Microsoft (MSFT), which filed applications to ban the deal with US antitrust authorities. The US Federal Trade Commission is reportedly currently investigating the takeover.

Already this year, UK authorities have launched their own investigation into the implications of the deal, pointing to national security risks.

Now the threat to disrupt the deal comes from Chinese antitrust authorities, whose approval is also required because Arm has a joint venture called Arm China with Chinese private equity firm Hopu Investments. ARM Holdings is the holding company for a number of subsidiaries.

Nvidia has applied for approval of the deal from China's antitrust authorities, which said it could take up to 18 months of detailed investigation to reach a conclusion, the Financial Times reported Tuesday, citing unnamed sources.

If the investigation by Chinese authorities takes that long, it could take more than 2.5 years to close the deal, as Nvidia originally expected that it could get all the necessary approvals and complete the deal in a total timeframe of 18 months.

However, global precedents for long approvals are known in the technology industry, especially if they are large merger deals.