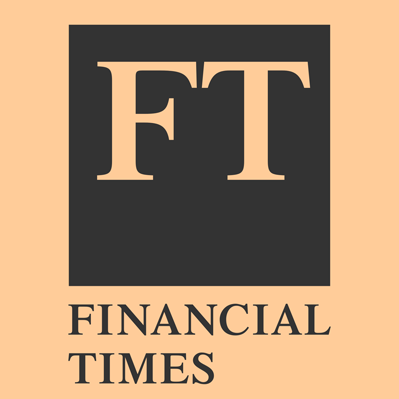 is an international daily newspaper printed in broadsheet and published digitally that focuses on business and economic current affairs. Based in London, England, the paper is owned by the Japanese holding company, Nikkei, with core editorial offices across Britain, the United States, and continental Europe. In July 2015, Pearson sold the publication to Nikkei for £844 million (US$1.32 billion) after owning it since 1957. In Spring 2019, it reported one million paying subscriptions, three-quarters of which are digital subscriptions. The newspaper has a prominent focus on financial journalism and economic analysis over generalist reporting, drawing both criticism and acclaim. The daily sponsors an annual book award and publishes a "Person of the Year" feature.

The paper was founded in 1888 as the London Financial Guide before rebranding a year later as the Financial Times. It was first circulated around metropolitan London by James Sheridan, who, along with his brother and Horatio Bottomley, sought to report on city business opposite the Financial News. The succeeding half-century competition between the two papers would eventually culminate in a 1945 merger, led by Brendan Bracken, which established it as one of the largest business newspapers in the world. Globalisation from the late-19th to mid-20th century facilitated editorial expansion for the FT, with the paper adding opinion columns, special reports, political cartoons, reader letters, book reviews, technology articles, and global politics features. The paper is often recognisable by its light-pink (salmon) broadsheet and digital display. It is supplemented by its lifestyle magazine (FT Magazine), weekend edition (FT Weekend), and a small portfolio of industry publications.

The editorial stance of the Financial Times centres on economic liberalism, particularly free trade and free markets. Since its founding it has supported liberal democracy, favouring classically liberal politics and policies from international governments. Its newsroom is independent from its editorial board. Due to its history of economic commentary, the FT publishes a variety of financial indices, primarily the FTSE All-Share Index. Its typical depth of coverage has, since the late-20th century, linked the paper with a white-collar and educated readership. The Financial Times is headquartered in Bracken House at 10 Cannon Street, near the city's financial centre, where it maintains its publishing house, corporate centre, and main editorial office.