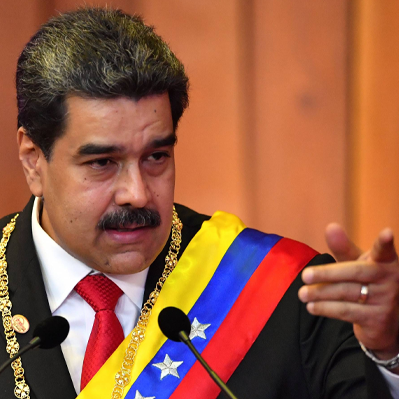 Nicolás Maduro Moros is a Venezuelan politician and president of Venezuela since 2013, with his presidency under dispute since 2019.

Beginning his working life as a bus driver, Maduro rose to become a trade union leader before being elected to the National Assembly in 2000. He was appointed to a number of positions under President Hugo Chávez and was described in 2012 by the Wall Street Journal as the "most capable administrator and politician of Chávez's inner circle". He served as Minister of Foreign Affairs from 2006 to 2013 and as the vice president of Venezuela from 2012 to 2013 under Chávez. After Chávez's death was announced on 5 March 2013, Maduro assumed the presidency. A special presidential election was held in 2013, which Maduro won with 50.62% of the vote as the United Socialist Party of Venezuela candidate. He has ruled Venezuela by decree since 2015 through powers granted to him by the ruling party legislature.

Shortages in Venezuela and decreased living standards led to protests beginning in 2014 that escalated into daily marches nationwide, repression of dissent and a decline in Maduro's popularity. According to The New York Times, Maduro's administration was held "responsible for grossly mismanaging the economy and plunging the country into a deep humanitarian crisis" and attempting to "crush the opposition by jailing or exiling critics, and using lethal force against antigovernment protesters". An opposition-led National Assembly was elected in 2015 and a movement toward recalling Maduro began in 2016, which was ultimately cancelled by Maduro's government; Maduro maintained power through the Supreme Tribunal, the National Electoral Council and the military. The Supreme Tribunal removed power from the elected National Assembly, resulting in a constitutional crisis and protests in 2017. On 1 April 2017, the Supreme Tribunal partially reversed its decision. As a response to the protests, Maduro called for a rewrite of the constitution, and the Constituent Assembly of Venezuela was elected in 2017, under what many—including Venezuela's chief prosecutor Luisa Ortega and Smartmatic, the company that ran the voting machines—considered irregular voting conditions; all of its members were pro-Maduro. On 20 May 2018, presidential elections were called prematurely; opposition leaders had been jailed, exiled or forbidden to run, there was no international observation, and tactics to coerce voters were used. Multiple nations did not recognize the Constituent Assembly election or the validity of Maduro's 2018 reelection, and several proceeded to sanction Maduro.

Maduro has been described as an autocrat and a "dictator". An Organization of American States (OAS) report determined that crimes against humanity have been committed during his presidency. In 2020, the Office of the Prosecutor of the International Criminal Court (ICC) stated that it believed there was a "reasonable basis" to believe that "since at least April 2017, civilian authorities, members of the armed forces and pro-government individuals have committed the crimes against humanity", and on 2021 ICC Prosecutor Karim Khan announced the opening of an investigation regarding the situation in the country. According to estimations by the United Nations (UN), under Maduro's administration, more than 9,000 people have been subject to extrajudicial killings and almost six million Venezuelans have been forced to flee the country. In 2021, the United Nations Fact-Finding Mission on Venezuela concluded that the country's justice system independence has been deeply eroded, to the extent of playing an important role in aiding state repression and perpetuating state impunity for human rights violations; the mission also identified frequent due process violations, including political external interference and the admission of evidence through torture. According to the National Union of Press Workers of Venezuela, 115 media outlets were shut down between 2013 and 2018, and since at least 2019 Venezuela has been exposed to frequent "information blackouts", periods without access to internet or other news services during important political events. the National Assembly speeches have been regularly disrupted, television channels and radio programs have been censored and many journalists have been illegally detained. Most Venezuelan television channels are controlled by the state, and information unfavorable to the government is not covered completely. Newspapers and magazines are scarce, as most are unable to afford paper to print. The dependence of Venezuelans on social media has also promoted the spread of disinformation and pro-Maduro propaganda. Venezuela got the rank 148 of 180 in the World Press Freedom Index of Reporters Without Borders in 2019.

Russia, China, Iran, Syria, and Cuba have supported Maduro during the Venezuelan presidential crisis, and the US, Canada, and most of Latin America and Western Europe have supported Guaidó as interim president. Amid widespread condemnation, President Maduro was sworn in on 10 January 2019, and the president of the National Assembly, Guaidó, was declared interim president on 23 January 2019 by the legislative body. Following a failed military uprising on 30 April 2019, representatives of Guaidó and Maduro began mediation, with the assistance of the Norwegian Centre for Conflict Resolution. On 26 March 2020, the U.S. Department of Justice indicted Maduro on charges of drug trafficking and narco-terrorism, and the Department of State offered a $15 million reward for information that helps "bring him to justice". 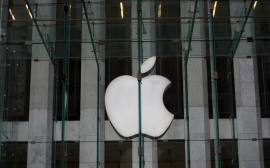