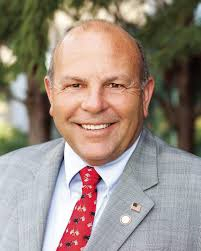 President of the American Farm Bureau Federation since January 2016, Zippy Duvall is a third-generation farmer from Georgia. In addition to a 400-head beef cow herd for which he grows his own hay, Duvall also grows more than 750,000 broilers per year.

He was also recognized with several state appointments, including then-Georgia Gov. Sonny Perdue’s Agricultural Advisory Committee and the Georgia Development Authority. His many state honors include Georgia Dairy Family of the Year.

As GFB president, Duvall’s service on the AFBF board of directors included roles on the Trade Advisory Committee, including several international trade missions, and on the Finance Committee.

In 2017, Duvall was honored by National 4-H Council as a founding luminary, an exclusive group of accomplished and influential 4-H alumni.

Duvall and his late wife, Bonnie, were married for more than 40 years, raised four children and welcomed five grandchildren. Zippy Duvall is a member of New Hope Baptist Church in Greshamville, Georgia, where he serves as a deacon.