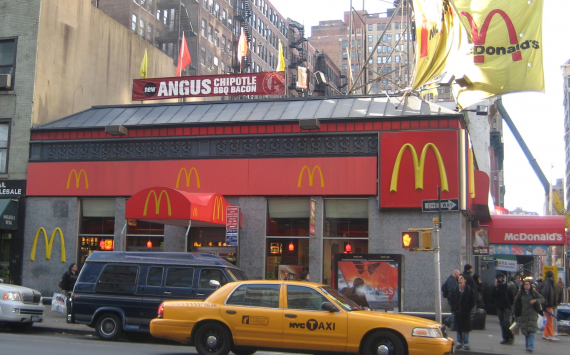 McDonald's has announced that it will begin testing artificial intelligence technology for customer service on McDrive at 10 restaurants in Chicago. Using a voice assistant instead of staff will allow McDonald's to reduce costs.

This represents the company's next step in automating service in its restaurants, after McDonald's restaurants around the world began to feature electronic signage to take customer orders.

Kempczinski said restaurants using this voice ordering technology have an order accuracy rate of around 85%.

McDonald's aims to reduce staff costs and improve staff service. The success of this technology will depend on how well the artificial intelligence recognises the speech of people with different accents, given the multinational nature of the company's customers.

In an interview with CNBC, Kempczinski said McDonald's also plans to improve kitchen automation, but that would require a big investment, so those improvements could be implemented in the next five years. Chris said: "We're nowhere near what break-even has to be in terms of labour costs to make it a good business decision for franchisees".

The latest quarter reported by McDonald's is Q4, ending in December 2020.

At the same time, McDonald's digital sales through the app in the US were up 5.5%.

McDonald's management predicts that global sales in 2021 will "grow and surpass 2019's figures".