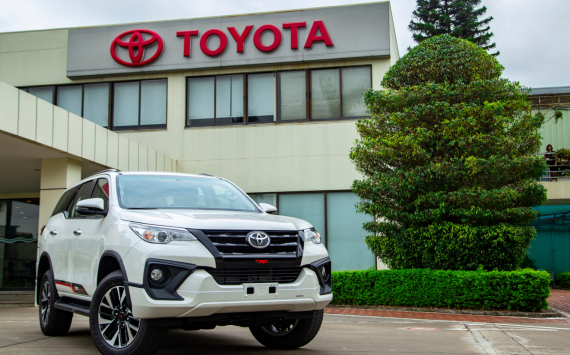 The figure was well above the consensus forecast of 500.47 billion yen by analysts polled by FactSet.

The automaker said in a press release that its quarterly revenue rose 7.1% to 8.15 trillion yen.

The automaker's operating profit jumped 54% to 987.9 billion yen. Growth in operating profit was recorded in all regions, including a 34% increase in Japan, and the North American division more than doubled its profit.

A drop in car sales related to the coronavirus pandemic negatively impacted the company's financial results in early 2020, but Toyota has improved its global sales forecast for the fiscal year ending March 2021. Toyota's global vehicle sales for the year are expected to be 9.7 million vehicles, including those of its subsidiaries Hino Motors Ltd. and Daihatsu Motor Co. instead of the 9.4 million previously forecast.

Toyota shares quotations grew by 1,7% following the results of trades on Wednesday. Over the last year, the company's capitalization increased by 4.3% and is now about 22.5 trillion yen.