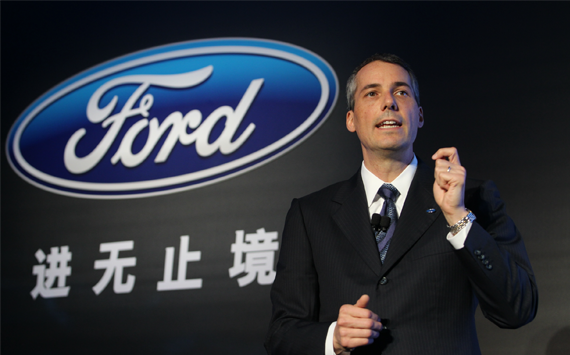 Ford's Q4 loss to the automaker, but the company has high expectations for its new Mustang Mach-E EV, F-150 and Transit vans. Ford plans to allocate huge investments for its electric and autonomous vehicles.

Ford (F) shares, up 63.4% over the past six months, rose slightly in after-hours trading on Thursday, on the back of the release of its Q4 and full-year 2020 report.

Ford's fourth-quarter loss was $2.8 billion, down from a loss of $1.7 billion a year earlier.

In its sales report last month, Ford said total vehicle sales in the fourth quarter of 2020 fell 9.8% to 542,749 vehicles, with all brands showing declines: FoMoCo, Ford and Lincoln. While Ford's quarterly sales in China were up 30%, sales in Europe were down 15%.

However, Ford's retail sales rebounded to 5.3% in December.

Ford CFO John Lawler said the company expects to make between $8bn and $9bn in pre-tax profits by 2021. However, the global semiconductor chip shortage, he said, could reduce Ford's profits from $1bn to $2.5bn this year.

Earlier on Thursday, Ford said next week it would significantly cut production at plants in Michigan and Missouri that make the lucrative F-150 pickups because of a global shortage of semiconductor chips.