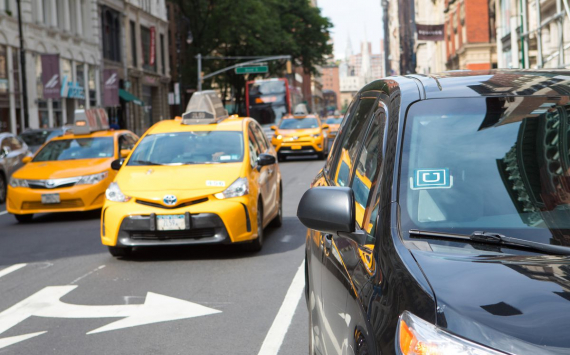 Uber shares rose 7% on Tuesday on the back of the announcement of the acquisition of major alcohol delivery company Drizly for 90% of Uber's ordinary shares.

As part of the deal, Drizly was valued at $1.1bn, which Uber will pay 90% in its ordinary shares and the other 10% in cash. Uber expects the deal to close in the first half of 2021 after regulatory approval.

Uber shares, up 81% in the last six months, reacted to the news with a sharp 7% rise on Tuesday.

Reporting quarterly results in early November, Uber posted a 53% decline in revenues from its core taxi business, while revenues from food delivery service Uber Eats were up 134% from last year.

Earlier in July, Uber inked a $2.65bn takeover deal with its food delivery rival Postmates, which is expected to close in Q1 2021. The move, like the acquisition of Drizly, could expand Uber's market share in the food delivery market and bring additional steady revenue and profit growth in the future. Drizly is the leader in alcoholic beverage delivery in the United States, operating in full compliance with local regulations in more than 1,400 cities in most states

Drizly was valued at $73 million by research firm PitchBook in 2017, but the company's growth over the years, particularly during the pandemic, has warranted a higher valuation.

Drizly CEO Cory Rellas and his remarkable team have made Drizly an incredible success, increasing sales profitability by more than 300% year-on-year. Drizly will become a subsidiary of Uber and its services will be integrated into the Uber Eats app. That said, Uber has said that a separate Drizly app will also operate.

Wall Street's average valuation on Uber stock shows an optimistic outlook with a "Strong Buy" rating based on 22 "Buy" ratings and 2 "Hold" ratings. The average analyst target price of $61.39 suggests a potential upside of about 8.7% from current levels Uber stock closed at $56.46 on Tuesday.

Americans' expectations for year-ahead inflation rose to 3.4% in April
Economy
401