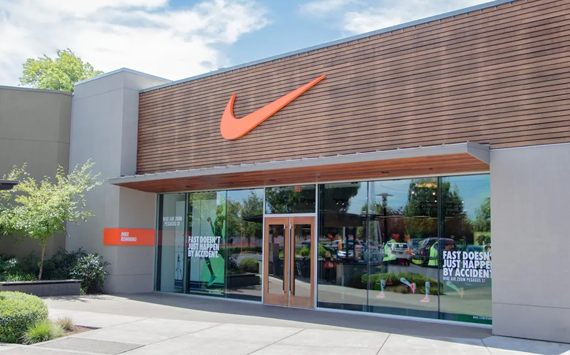 Nike's revenue and profit for the three months ended 30 November were above analysts forecasts, thanks to a strong sales recovery in China and another jump in digital sales growth. Nike raised its revenue forecast for fiscal 2021.

Shares in Nike (NKE), up 35.5% YTD, rose 4.75% after the close of trading on Friday as the company announced a recovery in second-quarter revenue growth, after two quarters of declines amid a pandemic, shop closures and lower consumer spending.

Nike's revenues rose 8% to $11.2bn, beating average analyst forecasts of $10.56bn. Revenues in the previous two quarters had shown declines of 1% and 38% from the same quarters a year earlier.

Management said that strong online sales 84% higher than last year contributed to this increase in revenues in the second quarter, helping to offset losses from falling sales in physical shops. November also saw large "Bachelor's Day" sales in China and "Black Friday" sales in the US and other countries. Nike's digital sales were also strong last quarter, up 82% year-on-year, with their share of the company's total sales rising to at least 30%, a threshold the company had previously planned to reach by 2023.

The biggest sales recovery was seen in the Greater China region, with Nike's revenues there up 24%, compared with growth of just 1% in North America.

During the "Bachelor's Day" sale in China on November 11, the company increased online sales by about half a billion dollars. Also, Nike Rise opened in Q2 this summer at a mall in Guangzhou.

Nike executives also said it made progress on its growth target for the womenswear category, which grew faster than its overall business, thanks to the launch of new yoga gear and oversized apparel.

Nike raised its revenue growth forecast for the full financial year 2021 but did not give specific figures, with analysts predicting growth of 12.3%. At the end of November, Nike announced a 12% dividend increase.

Government will buy tickets for underage illegals to take to relatives in the U.S.
Politics
220