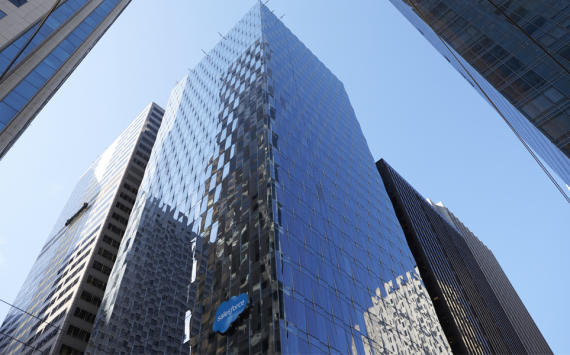 Salesforce reported quarterly results and the purchase of Slack

Salesforce acquires Slack for $27 billion with a combination of shares and cash. Salesforce outperformed Wall Street's estimate for the third quarter, but revenue growth is slowing down. Salesforce's profit forecast for the fourth quarter is lower than analysts expected.

Salesforce (CRM) on Tuesday published its quarterly report and forecasts and announced the largest transaction in its history to purchase the Slack service communication application (WORK).

Salesforce shares, which have increased by 48.4 per cent since the beginning of the year, fell by 4 per cent after closing trading on Tuesday.

A corporate software company reported earnings per share for the 3rd quarter (ended 31 October) of $1.74, which is significantly better than previous figures and $0.99 better than analyst estimates of $0.75. Total Salesforce revenue increased 20% to $5.42 billion, the third consecutive quarter-on-quarter slowdown, but above the analytical average of $5.25 billion.

The quarter was marked for Salesforce by the addition of its shares to the Dow Jones blue chip index on 31 August.

Salesforce announced Work.com for Schools, a teacher-student interaction tool, as well as Salesforce Meetings software, which enables the use of data stored on Salesforce services during video conferences that can be held in different applications.

Projections from the company

For the full year 2022, the company expects to generate $25.45 billion to $25.55 billion, including $600 million in revenues from Slack, assuming the deal closes at the end of the second quarter.