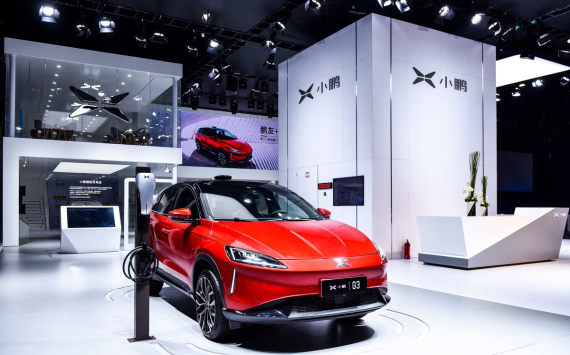 XPeng (XPEV) shares, up 25.5% in the last quarter and 62.5% in the last six months, rose 8.2% on Tuesday after it published its financial report for the third quarter ended September 30.

On the back of rising quarterly deliveries of electric vehicles, XPeng's revenues also jumped, in addition to the company announcing its plans for robotaxis and expansion into new European markets: Sweden, Denmark and the Netherlands next year. Xpeng started delivering its vehicles to Norway in December 2020.

CEO He Xiaopeng said in a company press release, "We continued our record growth in the third quarter with the highest vehicle deliveries among new energy vehicle start-ups in China."

The company said in a press release that XPeng will showcase its advances in autonomous driving technology in the "forthcoming Navigation Guided Pilot (NGP), which extends its use to challenging urban driving scenarios" as the company "explores robotaxi technology".

Speaking to reporters, XPeng Vice President and Chairman Brian Gu said XPeng plans to begin testing the technology on the roads in 2022.

The company is now actively investing in ramping up production rapidly and judging by the numbers, it is succeeding despite the global shortage of chips. XPeng will also be investing more in international markets in the coming years.

XIAOPENG He
Co-founder of XPeng
Person