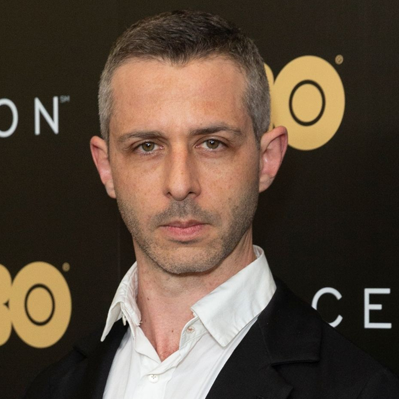 Strong was born in Boston on Christmas Day in 1978 to a father who works in juvenile justice and a hospice nurse mother. He attended public schools in the city's Jamaica Plain neighborhood, a place he often regarded as "somewhere to get out of" until he was 10. Since his parents could not afford to go on vacations outside the Boston area, they put a canoe on cinder blocks in the family's backyard; Strong and his brothers would often sit in it and pretend to take trips.

When Strong was 10, his parents moved the family to the suburb of Sudbury, for better schools. Strong recalls Sudbury as "a kind of country-club town where we didn't belong to the country club". His interest in acting began there, as he became involved with a children's theater group and performing in musicals.

Among his costars was Chris Evans' older sister; Evans remembers being impressed by Strong's performances even then. He would later act opposite Strong himself, playing Demetrius to Strong's Bottom in A Midsummer Night's Dream. "He was a little bit of a celebrity in my mind", says Evans. During a performance of a Carlo Goldoni play where Strong played identical twins, "the cast would poke their heads through the curtain, just to watch him do his thing."

Strong particularly idolized actors Daniel Day-Lewis, Al Pacino, and Dustin Hoffman (all famous for the lengths they went to preparing for roles), putting posters of their films on his bedroom wall and avidly following news of their careers as well as reading every interview they gave. When the 1996 film version of Arthur Miller's The Crucible was filmed near Boston, starring Day-Lewis, Strong got a job on the film's greenery crew; at one point holding up a branch outside a window during the filming of a scene. Later he worked on the Amistad sound crew, holding a boom mike over Anthony Hopkins as he made a speech, and helped edit Pacino's directorial debut, Looking for Richard.

After high school, Strong applied to colleges with a letter of recommendation from DreamWorks, which had made Amistad. He was accepted at Yale University and granted a scholarship, intending to study drama. On his first day in class, he found the professor's discussions of Konstantin Stanislavski and accompanying blackboard illustrations so alienating that he decided immediately to change his major to English.

Strong continued to act and starred in a number of plays at Yale, all of them produced through the student-run Yale Dramatic Association, known as Dramat, all of them plays Pacino had performed in such as American Buffalo, The Indian Wants the Bronx and Hughie. Offstage, Strong was later responsible for putting together a dinner with Pacino that other members of the organization, which Strong says he never really felt a part of, claim did not go well and was so extravagantly budgeted that it left Dramat in dire financial straits, a claim Strong denies while admitting to being a "rogue agent" in planning the event.

During one summer at Yale, Strong got an internship with Hoffman's production company. He also studied at the Royal Academy of Dramatic Art in London and the Steppenwolf Theatre Company in Chicago.

After Yale, Strong moved to New York in 2001. He lived in a small apartment in SoHo, above a restaurant where he waited tables (among other jobs). Strong described it as a state of "gilded squalor" in the words of Francis Bacon, with little but his bed, books, and a closet with expensive clothing. When not working he persuaded local FedEx offices to give him some free envelopes in which he put headshots and recordings of himself performing monologues to personally distribute them to talent agencies. For almost a year he got no calls for auditions. To him it felt like "being cut off from your oxygen supply". Evans, who had become successful in Not Another Teen Movie, unsuccessfully attempted to get Strong representation through Creative Artists Agency, who represented him.

The following summer Strong got a spot in the summer company at the Williamstown Theatre Festival in western Massachusetts. Strong continued to work offstage in theater and film. In 2003 his position as an assistant at an independent film production company led to him turning down Williamstown that summer to serve as Day-Lewis's personal assistant on The Ballad of Jack and Rose, released two years later. He drove up from Massachusetts in his father's car with Day-Lewis's prop mandolin for the film strapped firmly in the passenger seat. On set he was so devoted to attending to Day-Lewis, who lived apart from his family during the shoot, that crewmembers nicknamed him "Cletus", after the Simpsons character, for his focus on menial tasks. Strong says that at the end of the shoot, Day-Lewis wrote him a note that "that contains many of what have become my most deeply held precepts and beliefs about this work" which he has kept personal out of respect for the older actor.

Strong returned to Williamstown in 2004, when he was cast with Jessica Chastain, Chris Messina and Michelle Williams in The Cherry Orchard. He became friends with the latter and for intermittent periods in the late 2000s lived in the basement of her townhouse in the Brooklyn neighborhood of Boerum Hill when he could not afford to live anywhere else. During the mid-2000s he worked as a typist for playwright Wendy Wasserstein, typing up her manuscripts. At night he performed the role of an alcoholic Irishman in a one-man Conor McPherson play in a small Midtown bar; after Wasserstein discovered how much time Strong was spending observing her building's Irish doorman for the part, she considered writing a play based on Strong and the doorman but was unable to proceed with it her before her death in 2006.

By that time, Strong had begun getting off-Broadway roles. He took part in Army weapons training at Camp Lejeune to prepare for his role as a soldier in John Patrick Shanley's Defiance and immersed himself in early 17th-century Dutch philosophy to play a young Baruch Spinoza in David Ives's New Jerusalem in 2008. He received favorable notice, and was finally able to hire an agent, when the night after being called into understudy with six hours' notice for an actor who had a family emergency he had memorized all the character's lines.

Later in 2008 Strong made his Broadway debut in A Man for All Seasons. He was chosen as the 2008/2009 Leonore Annenberg Fellow by Lincoln Center Theater, and nominated for the Lucille Lortel Award for Outstanding Lead Actor twice within a three-year period. Strong's Defiance role helped secure his first film role in Humboldt County. He has subsequently appeared in films such as Lincoln alongside Day-Lewis as Lincoln's secretary John George Nicolay, Zero Dark Thirty, Selma, and The Trial of the Chicago 7.

Not all of Strong's film appearances have gone well. He was set to play a leading role in a major film for the first time in Kathryn Bigelow's Detroit as a soldier and practiced his marksmanship in preparation, but was fired from the film after the first day of shooting since, according to the director, his character was not working in the film. Strong later persuaded her to give him another, smaller part. He told The New Yorker that he did not care to discuss Guy Ritchie's The Gentlemen on the record, after the magazine noted that Danish youth seemed to recognize him most from it.

Strong's role in the Adam McKay film The Big Short led McKay to offer him a part in the HBO series Succession. Initially he had been interested in playing Roman Roy, the family's wisecracking youngest son, but after the part was given to Kieran Culkin Strong was asked if there was another part he was interested in and chose Kendall, the middle son, whose struggles to get his own moment to shine he could relate to. Strong's performance in the role has received universal acclaim from critics, and won him a Primetime Emmy Award for Outstanding Lead Actor in a Drama Series in 2020.

In November 2021, it was reported that Strong was to star in and produce The Best of Us, about the 9/11 first responders.