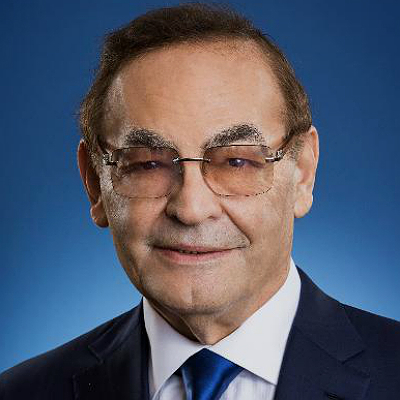 Phillip Gene Ruffin was born on March 14, 1935, in Potter County, Texas. Ruffin was the 5th child born to his family, having 2 older brothers and 2 older sisters. His parents were immigrants from Lebanon who moved to the United States in pursuit of religious freedom and financial prosperity. Shortly after Ruffin was born, his family moved to Wichita, Kansas, which is where he spent the majority of his childhood.

He attended Wichita North High School from 1950-1953. He got decent grades in school, but it was his athletic abilities that he will be remembered for. He was a wrestling champion that broke several of the school’s records, earning himself a full-ride scholarship to Washburn University. Ruffin was hesitant to attend Washburn at first because he had initially wanted to go to an out-of-state school to get some much-needed space from his parents, but he just couldn’t turn down free tuition.

After refusing to declare a major during his first two semesters of college, Ruffin finally settled on a degree in business. He managed to end his freshmen and sophomore years with a GPA of 3.0 or higher, but his junior year was quite challenging for him. His grades started to slip, causing him to feel very overwhelmed. Once the wrestling season had ended that year, Ruffin decided to drop out of college and start his own business instead.

Ruffin was the first entrepreneur to bring self-serve gas stations to Kansas. He had to overcome a lot of opposition from major oil companies, who were hesitant to allow him to do this, as they thought women wouldn’t be able to pump their own gas and men in suits wouldn’t want to. Once he finally got the oil companies on board, he launched his first self-service gas station/convenient store in Wichita, Kansas. After seeing how successful it was, he got permission to open 60 more gas stations across the Midwest.

From the money he made through those gas stations, he was able to build his first hotel: a Marriot in Wichita. Right from the start, Ruffin seemed to have a knack for the hotel business. He worked hard to make accommodations for his guests, and their satisfaction was always his number-one priority. The news of his hotel services spread, causing his Marriot to constantly be booked solid. Ruffin eventually opened up 10 other hotels in Kansas, with the revenue from those hotels making him a multi-millionaire.

In 1989, Wichita Greyhound Park opened its doors, becoming the first greyhound racetrack to make its way to Kansas. In 1990, it had attracted approximately 800,000 people. By 1996, its popularity had already started to decrease, bringing in only 400,000 people that year. Thinking he could turn the business around, Ruffin purchased the property the following year.

Ruffin upgraded some of the racetrack’s features but was still not seeing the kind of revenue he wanted. He sought permission from the government to allow slot machines to be added to the racetrack, as he believed this would significantly increase the racetrack’s yearly revenue. After his request had been denied, Ruffin decided to close the racetrack for good.

Around the same time Ruffin got involved with the Wichita Greyhound Park, he started to direct his attention towards the casino industry. He purchased the Crystal Palace resort in the Bahamas for $80 million because he noticed that tourism there was at an all-time high. After taking over the casino and making some necessary changes to personnel, he started to make a decent profit. When it finally came time to sell the casino, he was able to walk away from the deal with $147 million to his name.

Two years later, he made his first Las Vegas casino purchase. He bought the New Frontier Hotel and Casino, even though it was 57 years old at the time and falling apart. The first challenge he had to overcome was resolving issues with the Culinary Workers Union who had been picketing outside the casino on and off for six-and-a-half years. After a two-and-a-half-hour discussion and some compromises, Ruffin was able to get the strikers to leave the casino’s premises for good.

Once that was settled, Ruffin began making renovations. He updated the kitchens in all the suites and added a fresh layer of paint to every inch of the resort. He brought in new slot machines for the casino and started paying for a variety of entertainers to come in and perform for his guests on a regular basis. After about a year, the once-vacant casino was flooded with guests. There were even points where The New Frontier Hotel and Casino was so booked that they had to start turning people away. In 2007, Ruffin sold the casino to El Ad Properties for $1.2 billion. Thanks to his renovations, the property became the most expensive per-acre purchase in the Strip’s history.

The next casino Phil Ruffin set his sights on was the Treasure Island Hotel and Casino, which he purchased from the MGM Mirage for $775 million in 2009. Treasure Island has 2,664 rooms and 220 suites. It is known for its family-friendliness and dedication to entertainment. There are staged pirate battles that take place every night on the pond in front of the casino, and people travel from all over the world to see it. This resort was an excellent investment for Ruffin, as it still brings in nearly $400 million in revenue each year. It was this casino that took him from a multi-millionaire to a multi-billionaire.

Ruffin has been able to do so well in the casino industry because he truly cares about what his customers think. In an interview with Haute Living, Ruffin explained, “I’m a strong believer in customer reviews. That’s why I’m here every morning so early. Whatever the customers are saying, I listen. ‘Your pool closes too early.’ OK, write that down. ‘We want bigger TVs.’ Noted.” Arriving at his office at 5 am each morning, he personally reads every complaint that comes in and makes changes when necessary.

Ruffin is also really strict when it comes to how he deals with his employees. When a guest files a complaint about an employee, Ruffin will sit them down and read the complaint to them verbatim. After giving them a chance to explain themselves, Ruffin will let them know that this is their one and only warning. If they don’t change their behavior, they will no longer be employed by his company.

Ruffin and Trump first met when Ruffin traveled to Trump Towers to talk about the possibility of adding a Trump-branded hotel to his Treasure Island casino on the Las Vegas Strip in the early 2000s. Although that particular deal never worked out, Ruffin did end up purchasing a half-ownership stake in the Trump International Tower in Chicago, Illinois. He trusts Trump and has had a pleasant experience being in business with him over the years.

Ruffin and Trump clicked from the moment they met, developing a strong friendship. Trump was the best man in Ruffin’s most recent wedding, and Ruffin was a huge supporter of Trump during his presidential campaign. The two continue to get together on a regular basis and recently had lunch at the White House just to catch up.

Ruffin has been married 3 times, with his first 2 marriages ending in divorce. He has 3 children with his second wife: Phil Jr., Chris, and Michelle. He maintains close relationships with each one of them and has put them in charge of the various hotels he owns in Kansas.

On January 6, 2008, he married Oleksandra Nikolayenko, a supermodel from Ukraine. They have 2 children together: Richard (born in 2010) and Malena (born in 2013). Ruffin is very fond of his new family, having said this in an interview, “I would recommend starting a second family to anybody-it’s really worth it. You have to kind of relive everything.” Ruffin spends his free time watching his son play baseball and joining in on his daughter’s tea parties.

Ruffin doesn’t gamble often, but when he does, his favorite game to play is poker. He plays Texas hold’em with a few friends about once a month to hone his skills. He is actually a decent poker player who even made an appearance on the 7th season of GSN’s High Stakes Poker. While on the show, he competed against professional players like Doyle Brunson and Barry Greenstein.

Phil Ruffin is a well-respected businessman who has made a fortune through his dedication to the hotel and casino industry. His most significant purchase was the Treasure Island Hotel and Casino, which he still owns and operates to this day. We are thankful for his willingness to make improvements to the casinos he purchases, and we look forward to seeing what his next project will be.

Treasure Island Hotels
Treasure Island Hotel and Casino is a hotel and casino located on the Las Vegas Strip in Paradise, Nevada, USA with 2,884 rooms and 220 suites, and is connected by tram to The Mirage as well as pedestrian...
Person in rating
All