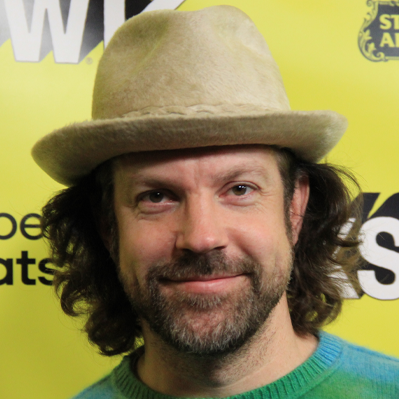 Daniel Jason Sudeikis is an American actor, comedian, producer, and writer. In the 1990s, he began his career in improv comedy and performed with ComedySportz, iO Chicago (Improv Olympic), and The Second City. In 2003, Sudeikis was hired as a writer for Saturday Night Live and starred as a cast member from 2005 to 2013, playing Joe Biden and Mitt Romney, among others.

Daniel Jason Sudeikis was born on September 18, 1975, in Fairfax, Virginia, to Kathryn Sudeikis (née Wendt), a travel agent at Brennco and President of the American Society of Travel Agents, and Daniel Joseph Sudeikis, a vice president of business development. His father is of Irish and Lithuanian descent, while his mother has German and Irish ancestry. His maternal uncle is actor George Wendt, known for his role as Norm Peterson on Cheers, and his maternal great-grandfather was photographer Tom Howard.

Sudeikis was born with anosmia, leaving him with no sense of smell.

Sudeikis moved with his family to Overland Park, Kansas, which he has described as his hometown. He graduated from Shawnee Mission West High School and attended Fort Scott Community College on a basketball scholarship, but left before finishing.

Sudeikis played on basketball teams at the 2011 and 2016 NBA All-Star Celebrity Game. He and other Kansas City celebrities have hosted the Big Slick for 10 years. The event raises money for the Cancer Center at Children's Mercy Hospital. So far, the event has raised more than $6 million for the cause.

He hosted the benefit concert Thundergong! at the Uptown Theater in Kansas City, Missouri on November 3, 2018, for the charity foundation Steps of Faith which helps provide prosthetic legs and arms.

In June 2004, Sudeikis married American screenwriter Kay Cannon after five years together. The two were on The Second City Las Vegas cast together. They separated in 2008 and divorced in February 2010.

In 2011, Sudeikis began dating American actress Olivia Wilde. They became engaged in January 2013. They have a son, Otis, born in April 2014, and a daughter, Daisy, born in October 2016. Sudeikis and Wilde's relationship ended in November 2020, as Sudeikis told GQ magazine in a feature published the following July.

Sudeikis is a fan of the Kansas City Chiefs and Kansas City Royals. He is also a fan of University of Kansas sports teams.