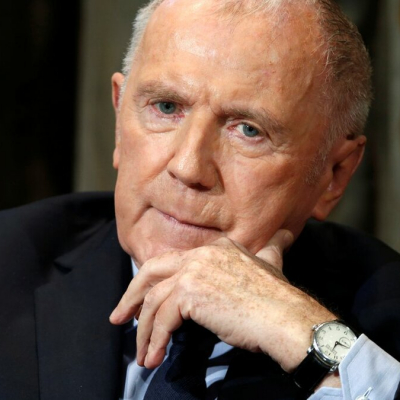 François Pinault (French François Pinault; born August 21, 1936, Le Chang-Gero) is a French entrepreneur, collector and philanthropist. In 2010, Pino's fortune is estimated at $ 8.7 billion, which puts him on the 77th line in the Forbes list of the richest people in the world.

François Pinault was born in the family of a timber merchant in the French province of Brittany. Studying was given to the boy with great difficulty, but from childhood he was interested in entrepreneurship. At the age of 16, the young man left school. For several years, Pinault was interrupted by odd jobs in his native region and Paris, then for three years he left for Algeria, which was at that time a French colony, from where he returned with start-up capital.

After returning to France, Pino married Louise Gaultier, the daughter of his father's supplier. The marriage did not last long, but allowed Pino to found his first timber trading company, the Pinault group, at the age of 27. In those same years, the young entrepreneur made friends with the budding Jacques Chirac, who later began to help Pino. Shortly before the 1973 crisis, Pinault sold his company to British investors for 30 million francs, and after the crisis bought it back for just 5 million francs.

In 1987, Pinault bought 75% of the papermaker Chapelle Darblay, and three years later sold it for 525 million francs. In 1989, he took over CFAO, which supplies cars and medicines to Africa. In the same year, Pino's company was listed on the stock exchange.

Like his friend Bernard Arnault (President of LVMH), Pinault has invested in the luxury goods industry. In 1994, Pinault merged with Redoute to form the Pinault-Printemps-Redoute concern (since 2005 PPR). The millionaire acquired the brands Yves Saint Laurent, Bottega Veneta, the Parisian shopping center Printemps, the furniture company Conforama and the fnac retail chain. In 1999, Pino was forced to compete with Arnault for the Gucci fashion house, which was finally taken over by PPR in 2004.