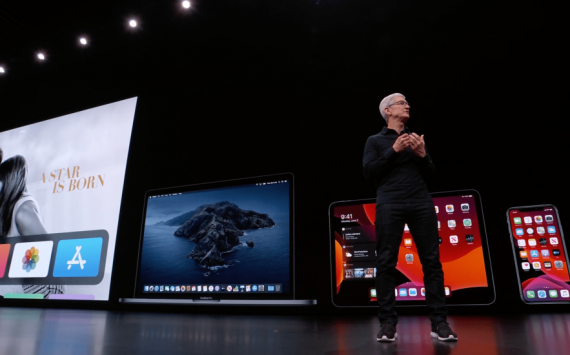 Stock rises thanks to iPhone 13

The first months of Apple's iPhone 13 (AAPL) shipments have been stronger than the iPhone 12. This will benefit Apple's suppliers, who have already shown growth and expect further benefits from the continued 'upgrade cycle' of the iPhone 5G.

Apple is now seeing an uptick in the popularity of its new iPhone 13 with 5G (due to ship on 24 September), with pre-order data showing a better performance than the previous iPhone 12 model.

Analyst Dan Ives of Wedbush Securities estimates that around 250 million of the current base of 975 million iPhone users have not updated their smartphones in over 3.5 years, creating pent-up demand for the new range.

As noted, Apple is trying to reduce production of older iPhone models in order to increase production of the iPhone 13 series and shorten the delivery time that customers currently expect. This is a good sign for Skyworks Solutions (SWKS) and Cirrus Logic (CRU).

This is a good sign for Skyworks Solutions (SWKS) and Cirrus Logic (CRU).

The company shares are up 4.3% YTD, the last quarter's trend is negative 16%.

Sales of the iPhone 12 line, Apple's first smartphone with 5G, caused a huge increase in Skyworks' revenues and profits. Apple's sales accounted for about 56% of Skyworks' total revenues in fiscal 2020.

Cirrus Logic supplies five chips for new iPhone devices, according to TechInsights. The chipmaker provides audio codecs, audio amplifiers and power conversion chips for the iPhone 13. These are the four chips that Cirrus is supplying for the iPhone 12.

So, as with Skyworks, Cirrus could get more money from each unit of the iPhone 13 range.