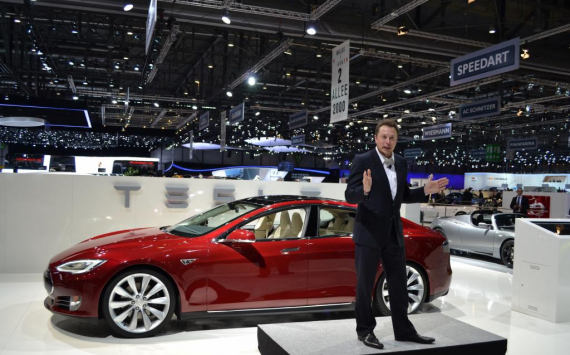 Tesla once again reported record shipments despite the issue of semiconductor failure.Tesla's sales and production statistics show strong growth, and if this pace continues, it will likely exceed its annual shipment forecast for 2021.

This weekend, Tesla (TSLA) reported record shipments for the third quarter ended 30 September, refuting expectations of a negative impact of the global semiconductor shortage on the company's results.

From July to September, Tesla's sales totaled 241300 new vehicles delivered to customers (according to the company's press release, final figures may vary by 0.5% or more).

That's a 73.2% increase over the past year, up nearly 2% from Q2 201,250 units. Wall Street analysts on average expected Tesla to be worth about 23 million units. Founder-CEO Elon Musk said last month that Tesla is operating under "extreme supply chain constraints for some 'standard' automotive chips," telling investors on May 7 that this could affect production rates in the second half of the year.

Total sales of Tesla electric vehicles with delivery from the start of 2021 to September 30 exceeded 625,000 units. By comparison, Tesla managed to deliver 499,550 vehicles in the crisis year of 2020.

Most of Tesla's production and deliveries continue to come from the Model 3 and Model Y, while sales and deliveries of the more expensive Model S with the Model X rose after a steep decline in the second quarter.

Tesla hasn't disclosed exact sales figures for each model, nor did it specify sales figures by region. However, it is known that Tesla began shipping the Model Y to Europe for the first time in the past quarter, which likely served as one of the sales growth factors.

The Tesla plant in Shanghai also successfully ramped up production capacity, which allowed the company to export most of its Chinese-built cars to Europe in July and August.