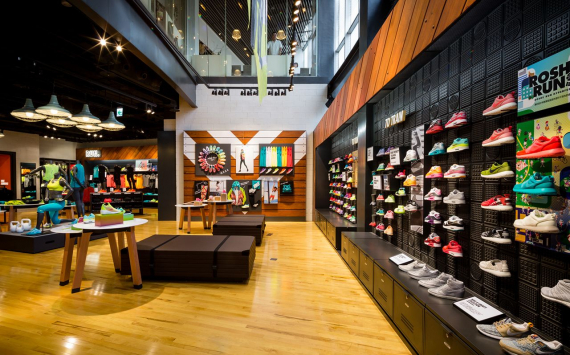 Nike's revenues missed forecasts: shipments from Asia not normalised until 2023

Nike (NKE) shares fell 4% after the release of Q1 FY2022 report. 2022. Although the company's earnings are rising, Nike's supply is very limited due to the closure of factories in Vietnam. The world's largest sportswear brand lowered its full-year guidance.

Nike (NKE), the world's largest sportswear company by market capitalisation ($254.5bn), reported its Q1 results for fiscal 2022, which ended on 31 August, after the close of trading on Thursday.

The company said long production stoppages in Vietnam, where about 50% of the brand's footwear and 30% of its apparel are made, labor shortages and severe delays on shipments from Asia on average it takes 80 days for Nike goods to arrive in North America.

Nike said it expects to return to more normalized inventory levels in fiscal 2023.

Nike shares have already fallen 8.5% from their all-time high at the start of August. That's when talk of problems with Nike's supply chain began to gain traction.

The company lowered its annual sales forecast and said sales in the second quarter would be down from the first.

Despite the limited supply, Nike's profits are growing due to high prices, plus the company benefits from direct-to-consumer sales through its digital channels its website and apps which generate more profit than sales through wholesale channels.

Nike has also continued to pay dividends for 19 consecutive years.Nike returned about $1.2 billion to shareholders in the first quarter: $435 million through dividend payments and $742 million through share buybacks.

Nike chief financial officer Matthew Friend said: "Increasingly customers are choosing digital and we are well positioned to achieve our target of 40% digital sales by fiscal 2025."