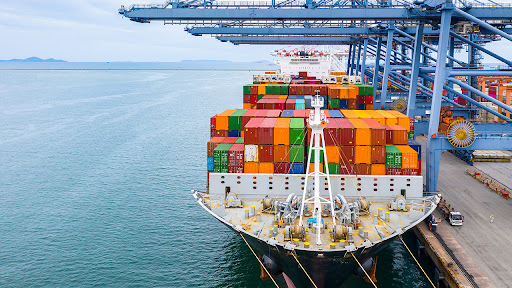 The consolidation of shipping over the past 5 years has exacerbated supply chain problems caused by the occurrence of Covid-19, further delaying the movement of cargo across the sea.

Cargo owners and forwarders say that a handful of major shipping companies manage most of the containers with huge ships, so the pandemic has resulted in fewer shipping routes, smaller ships and ports that can carry cargo. Those that provide space for carrying cargo on board.

According to Alphaliner, which provides maritime data, 6 major container companies account for more than 70% of all container capacity. According to industry insiders, companies struggling to replenish their stock following the lifting of Covid-19 regulations have paid at least 4 times the cost of moving their products last year, and are also facing long delays in deliveries.

From 2016 to 2018, the shipping industry was consolidated and a series of transactions worth about 140 billion reduced the number of container ship operators worldwide by about half. The deal was made as part of an effort by shipowners to overcome the severe situation after the financial crisis of 2008, when ships were operating at a large deficit, with fares barely covering fuel costs.

In addition, the increase in production in Asia and shippers' demand to reduce transportation costs also contributed to the consolidation.

In addition, the big liners forms 3 global alliances that share ships, cargo and ports of call. Some small and medium-sized businesses are also participating, and these groups dominate most of the available capacity.

Homebuilders raising the alarm on the supply chain
Building
576