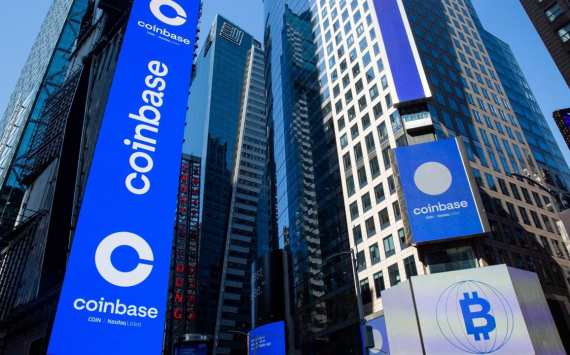 Coinbase stated the SEC's information of intent to request it in connection with the planned launch of a product that would allow stabelcoins owners to make money.

Coinbase (COIN), the world's only cryptocurrency exchange, has announced that the U.S. SEC intends to sue the company over a new loan product that Coinbase plans to launch in the coming weeks.

The news suggests that Coinbase has effectively fallen victim to the lack of proper regulation and legislative rules regarding the new crypto market in the US.

At the same time, the incident confirms that the SEC, under the leadership of new chairman Gary Gensler, is preparing a series of rules that cryptocurrency and other digital asset trading companies will soon fall under. The SEC's reason for suing Coinbase is the new Lend lending feature on the company's platform. This feature allows owners of USD Coin Stablecoins (whose value is backed by 1-to-1 dollars) to earn money by lending them to traders. In addition to providing storage, payment and trading services for cryptocurrencies, cryptocurrency exchange Coinbase already offers cryptocurrency stacking services, offering it "as an analogue to an interest-bearing savings account.

Coinbase CEO Brian Armstrong complained in a series of tweets that versions of Lend "have been offered by many great crypto companies for years."

Armstrong also accused the SEC of "refusing" to meet with him in May, shortly after the company went public and Gensler was appointed as the new chairman.

Coinbase is now providing the materials and documentation requested by the SEC, and employees are testifying. The launch of Coinbase Lend has been delayed until at least October.

CEO in his Twitter account said: "We promise to support the law, but the law is sometimes unclear. Therefore, if the SEC wants to publish the guidelines, we will follow them."