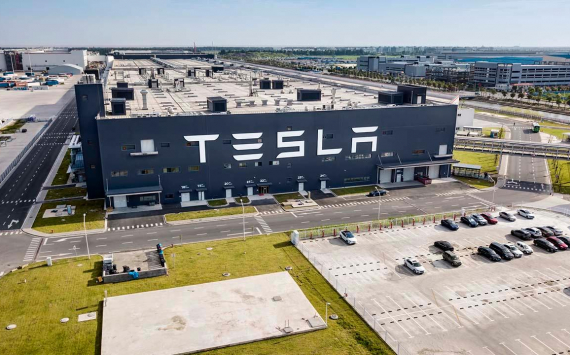 Sales figures for Tesla vehicles (TSLA) produced in China in July showed a decline compared to June. Most of them are related to exports, with Tesla sales in China's domestic market down 69 percent from June. In contrast, July sales of rivals Li Auto and XPeng rose.

On Tuesday, Tesla (TSLA) investors received some not-so-good statistics on auto sales produced at the Shanghai plant in July, data reported by the China Passenger Car Association (CPCA). Tesla does not report data for each month or for the Shanghai plant, publishing only quarterly totals.

Last month, Tesla unveiled the cheaper Chinese Model Y. The lower price made Chinese buyers of this car eligible for government subsidies, bringing the price down to $42,600. This is about 20% less than the Model Y with increased range.

Chinese Tesla competitors Li Auto (LI) and Xpeng (XPEV) reported record sales of their cars in July, which were 11% and 22% (Li Auto and Xpeng respectively) higher than in June. Nio (NIO) delivered a total of 7,391 vehicles in July, up 125% year-on-year but down from 8,083 in June.

Nio is due to release its financial results for the second quarter after the close of trading today.

This month, Tesla shares have received good ratings and target price ratings from: Piper Sandler "outperform" (rating equivalent to "buy") $1200 and Jefferies rating raised from "neutral" to "buy" and target price from $700 to $850 per share.

Tesla's share price was $709.99 at the close of trading on Tuesday.

Nio shares were up 0.6 per cent before trading opened on Wednesday.