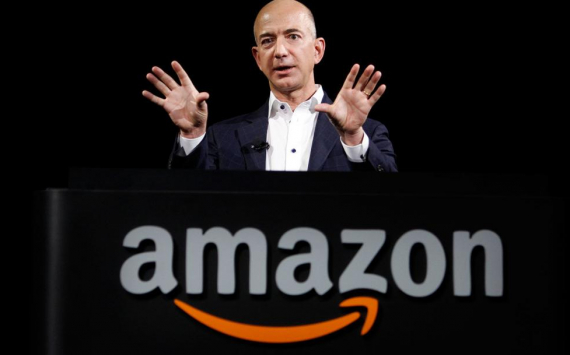 US corporation Amazon's sales revenues in the first quarter of this year amounted to $108.5 billion, according to the company's financial statements released on Thursday. The figure was a record for this period in Amazon's existence.

For the three-month period ending March 31, the company's revenues rose 44% compared to the first quarter of 2020. The corporation's operating income more than doubled to $8.9 billion from $4 billion in the same period last year.

As noted by Forbes magazine, Amazon's revenue performance exceeded experts' expectations by $4 billion. The company forecasts second-quarter sales revenue to be between $110 billion and $116 billion, surpassing the second quarter of last year by 24-30%.

Amazon is the world's largest corporation selling goods and services online. It was founded by Bezos in 1994. The company's market capitalization is currently estimated to be around $1.81 trillion. Bezos is currently the richest man in the world, according to Bloomberg. His fortune is estimated at around $201.7bn.

Americans' expectations for year-ahead inflation rose to 3.4% in April
Economy
232