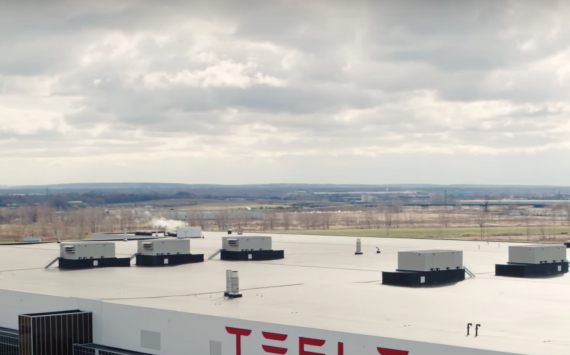 Tesla shares up 20% on strong sales in China in February

Tesla shares rose sharply on Tuesday after the company posted an 18% rise in sales of its electric cars in February compared with January, contrasting with a fall in sales by Chinese rivals.

The rise in Tesla shares came on the back of a general market recovery, as well as data on the company's sales in China from the China Passenger Car Association and an upgrade in Tesla's stock valuation from a New Street analyst.

Tesla sold 18,318 Chinese-made vehicles in February, up 18% from 15,484 in January, the China Passenger Car Association (CPCA) said. This contrasts with a drop in sales reported by BYD, Nio (NIO), Xpeng (XPEV) and Li Auto (LI), citing low season and the Chinese New Year.

Evidence of the continued strong demand for Tesla vehicles in the US is seen in the timing of deliveries on the company's website, as noted by Teslarati. These timelines have increased from a few weeks ago, with Model 3 delivery now being updated from two to four weeks to "June", i.e. 14 weeks. As for the Model Y, the two to five week delivery window has been changed to seven to 11 weeks.

LG Energy Solution could supply new battery cells for Tesla in 2023 in the US or Europe, Reuters reported, citing anonymous sources, but the company has not yet given confirmation.

Tesla has piloted production of the new battery cells at its plant in California and is considering producing them at new plants in Texas and Germany as well.

The Fed is not considering a rate hike, noting the strengthening US economy
Economy
286