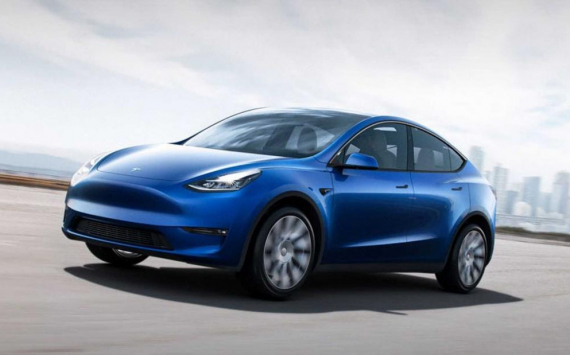 Six days after Tesla announced the official launch of Model Y sales made in China, all pre-orders for first-quarter deliveries have been booked. In addition to China, the Model Y from the Shanghai plant will ship to Europe and Australia.

Tesla on Monday officially announced the start of deliveries of its Model Y compact crossover produced at its Shanghai Gigafactory. The company posted photos of the first owners on its Twitter feed.

This is the second electric vehicle, after the Model 3, that Tesla has started producing at its Chinese plant since late 2020.

Both Tesla itself and many analysts have said that demand expectations for the new model are very high. Firstly the growth factor is the rise of the car market in China, following the end of the COVID-19 pandemic and the return of pent-up demand, and secondly the Model Y is a crossover, which is in high demand among Chinese consumers. Tesla has also reduced the price of the Model Y from Shanghai Gigafactory: the price of the Long Range Dual Motor version now starts at $52,000 (339,900 yuan) and the starting price for the Model Y Performance version is $56,600 (369,900 yuan).

The new Model Y standard range model costs $41,990, just $4,000 more than the entry-level Model 3, according to the company's website.

According to Tesla's website, all orders for the Model Y to be produced in Shanghai in the first three months of 2021 are booked. Deliveries on current pre-orders will begin in the second quarter of 2021.

The Model Y Performance version is listed as available in the third quarter of this year.

Tesla doesn't disclose individual Model Y production and delivery figures, combining those figures with those of the Model 3, so it's hard to speculate exactly how many Model Ys have been produced and delivered from the Chinese plant.

According to Industrial Securities research in China, the Tesla Shanghai Gigafactory has already reached a production capacity of 8,000 cars per week. Of these, 5,000 are Model 3s and 3,000 are Model Ys.

This could mean Tesla has received more than 36,000 orders for the Model Y in six days, or 6,000 orders per day, twice what the company can currently produce.