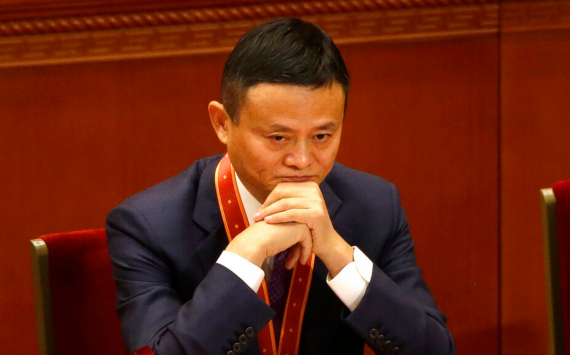 The company's stock has fallen

Billionaire and one of China's most famous personalities Jack Ma has not been seen in public for two months. The disappearance was preceded by a scandal with Jack Ma criticising China's financial and economic system and calling for reform, followed by the suspension of potentially the world's largest IPO by the Ant Group, a company founded by Ma.

Rumours of Alibaba (BABA) founder Jack Ma's alleged disappearance have intensified in recent weeks as, amid an extended public absence, the billionaire failed to take part in the final episode of his show Business Heroes Africa, a competition for African entrepreneurs with a $1.5 million prize fund.

Jack Ma's disappearance came just after the founder of China's largest e-commerce company Alibaba and its financial services subsidiary Ant Group criticised the country's government at a forum in Shanghai in late October.

Regulators then suspended Ant Group's IPO, launching an anti-trust investigation against the company.

Since the announcement on 2 November of the suspension of Ant Group's IPO, which is 33% owned by Alibaba, Alibaba shares have fallen 26.7%, cutting 2020 growth to 5%.

Although Jack Ma officially stepped down from his management position at Alibaba in 2019 and has not held a position at Ant Group, he has a significant impact on public opinion in China.

Some media reports suggest that it is because of regulatory pressure that Ma has had to "step aside" from the company, and that the current disappearance may be due to an arrest. Prior to this case, China, which is heavily influenced by the Communist Party and the government, had several years of disappearances of prominent businessmen and company directors.

Fed chief thinks a digital dollar could be launched
Economy
546