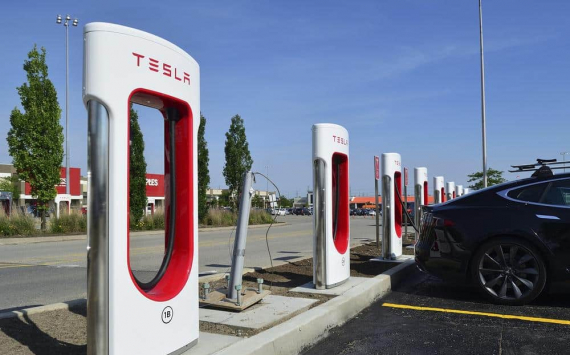 Downside investors have made $15bn since the start of the year on Tesla's plunge, according to MarketWatch.

New research shows that downside sellers have made $15 billion this year by betting that Tesla stock will fall as about $800 billion has depreciated.

An analysis by S3 Partners showed that bets on Tesla shares were the most profitable in 2022, while short positions on Amazon shares brought in $6.2 billion in revenue.

S3 said interest in bets against Tesla began to fall in April as the shares started to decline, reducing potential returns, but rose again in September as Elon Musk's furious Twitter acquisition entered its final stages.

About 3% of Tesla's shares are traded uncovered, making it the second-largest in the US after Apple.

One of those reportedly betting against the company is Microsoft founder Bill Gates, who Musk said earlier this year had a deficit of up to $2 billion against Tesla.

Musk's stake in Tesla means his fortune has fallen by $132 billion this year, according to the Bloomberg Billionaires Index and he is no longer the richest man in the world after being overtaken by Bernard Arnault.

Tesla is not immune to a wider market sell-off amid high inflation and rising interest rates, which have caused the S&P 500 to fall by almost a fifth this year.

But Musk has consistently refused to draw a link between his work on Twitter and Tesla's plummeting fortunes, although several high-profile investors have pleaded with him to look again at the carmaker.

Instead, he has tried to blame the Federal Reserve's regime of rising interest rates, which he claims makes all stocks, not just Tesla, less attractive to own.

The Twitter CEO sold $3.6 billion worth of Tesla shares.this year to fund operations at Twitter, while he seeks to shape the social networking site according to his vision.

Musk said on Thursday that he would not sell any more Tesla shares for at least 18 months.

Previously, Bloomberg reported that losses for US businessman, Tesla, SpaceX and Twitter chief Elon Musk reached $122.6 billion in 2022, more than Musk earned in 2021.