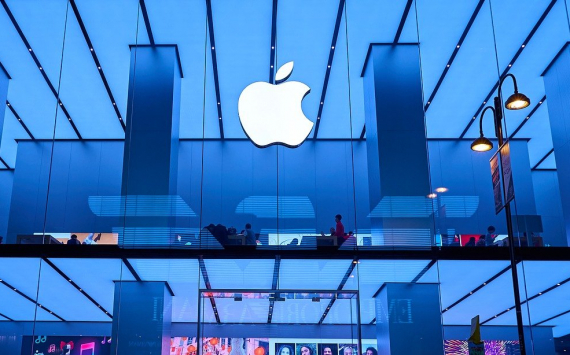 According to Apple's report, which was released on Thursday 01/27/22, Apple's revenue for the past quarter was up 11% year-on-year to almost $124 billion, setting a new record.

The company's net income for the past quarter was $34.6 billion, compared to $28.7 billion for the same period in the previous year. The company's flagship product remains the iPhone, which generated $71.6 billion in global smartphone sales in the quarter.

It is worth noting that analysts had assumed in their forecasts that earnings per share would be $1.89 and total revenue would be $118.68B.

"This quarter's record results were made possible by our most innovative product and service line-up ever," commented CEO Tim Cook.

Apple shares were trading unchanged 0.29% at $158.76 at the after market close, according to the report.

Apple's share price, down 10 per cent this year, has performed worse than the average according to the Dow Jones index, falling 5 per cent since the beginning of the year.

Apple, founded in 1976, makes the iPhone smartphone, iPad tablet, iMac computer, MacBook notebook, iPod music player and other high-tech products. The corporation is one of the largest in the world.