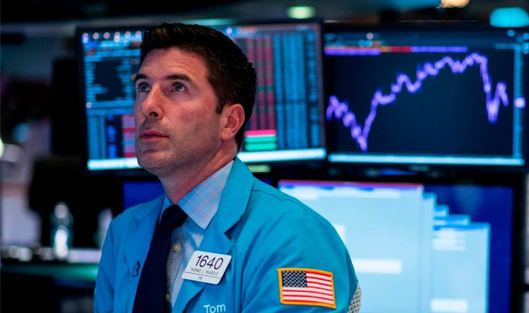 What will affect the markets...
Subscribe to Newsletter
Main
News
Business

What will affect the markets?

The Dow Jones and NASDAQ Composite indices rose by more than 400 points each. A split Congress means that Democrats will have fewer chances to push through a bill on large expenditure, as well as raise taxes and regulations.

Three events that could affect the market

Health is bound to become an important topic next year, no matter who takes over the White House, but the split in Congress can make it difficult for Democrats to make special progress in expanding coverage. In the meantime, drug prices will be under close scrutiny.

Gold trading has been very popular this year as investors seek a "safe haven" because of the falling dollar and volatile market. This summer, the "yellow metal" peaked at over $2,000, but then fell again to around $1,900, but many are optimistic about the next year.

Barrick Gold, a mining company that recently attracted investment from Warren Buffett's Berkshire Hathaway, is one of the firms that benefited from the rise in gold prices in the last quarter. Most of the world's analysts will be watching what's happening, because they predicted that its earnings per share would be 32 cents, with an earnings of 3.4 billion dollars.

The Federal Reserve can tell you about its economic outlook

Investors are waiting to hear from the Federal Open Market Committee (FOMC), which this week held its periodic two-day meetings.

Representatives of the Federal Open Market Committee can talk about the direction of the economy and what the prospects are for, given the uncertainty caused by COVID-19. Some of them have publicly stated in recent months that more incentives are needed to support the recovery, although Congress was unable to agree on a plan to help households and companies.