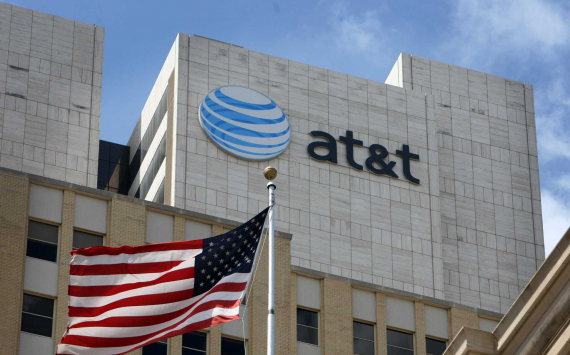 The company's shares at risk

AT&T (T) shares have fallen 13% since the start of 2021 and 20.5% in the past six months. Market analysts say AT&T shares could fall even lower because of the dividend cut that will follow the separation of media subsidiary WarnerMedia and its merger with Discovery (DISCA).

AT&T (T) is the largest provider of telecommunications services in the world and has the largest market share in the US. However, today AT&T is in the midst of a transformation, the separation of its media business from WarnerMedia and heavy debt, including because of its investment in 5G networks. AT&T spent more than $23bn in a government auction in February to buy spectrum for its 5G network.

Investors are clearly nervous about AT&T's large debt of $179bn. On 4 November, the company announced further disappointing news that it was delaying the rollout of its C-band spectrum, a component of its new 5G network, pending the outcome of a US Federal Aviation Administration (FAA) audit.

AT&T and Verizon (VZ) said earlier this month that they would postpone the launch of some fifth-generation wireless services after the FAA warned it could restrict US airspace in bad weather if the networks were turned on as planned in December. The FAA warning came in the midst of projects to upgrade cellphone operators' networks.

Even the purchase of a large stake in AT&T (450,000 shares) by insider Stephen J. Luczo (a member of AT&T's board of directors) for $2.5 billion on November 8 had no effect on investor sentiment or share price in the market.

Last May, AT&T surprised investors with its announcement to spin off subsidiary WarnerMedia and merge it with Discovery (DISCA) by mid-2022. AT&T shareholders will own 71% of the new company when the deal is completed.

AT&T has already said it plans to cut its dividend after the WarnerMedia spin-off, but has not announced the exact amount.

Management said AT&T plans to maintain an annual dividend payment of 40-43% of expected cash flows from the remaining business.

Analyst Mark R. Hake of InvestorPlace has estimated that AT&T's dividend yield after the WarnerMedia spin-off will be at 6%, with the stock likely to fall another $1.12 or 4.5% to $23.87.

Thus, current AT&T investors should prepare for some volatility due to the planned dividend cut.

LUCZO Stephen
Chairman of the Board of Seagate Technology
2 place