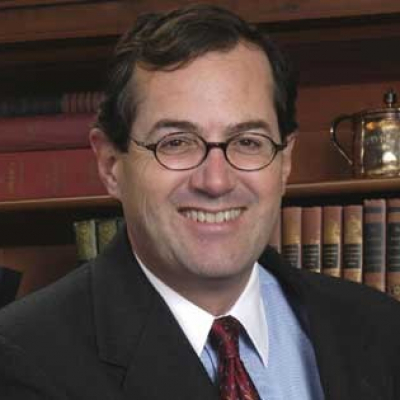 Warren Amerine Stephens (born February 18, 1957) is an American businessman. He is the chairman, president and chief executive officer (CEO) of Stephens Inc., a full service, privately held investment bank. On the Forbes 2016 list of the world's billionaires, he was ranked #722 with a net worth of US$2.6 billion. Stephens lives in Little Rock, Arkansas.

Stephens was born in Little Rock, the son of Jackson T. Stephens and Mary Amerine Stephens. Warren's father, "Jack" Stephens, and his uncle, "Witt" Stephens, partnered as investors and financiers in the investment firm, Stephens Inc.

Stephens joined his father and uncle in the investment banking business in Little Rock, which had 139 employees. At that time, the firm resembled and operated much like one of the old British merchant banks, investing the firm's and family funds in various businesses and ventures, and it still operates the same way today. Stephens Inc is noted for handling the IPO of Wal-Mart Stores in 1970.

Stephens began work as an associate in the corporate finance department, concentrating on oil and gas. He became head of the department in 1983 and spent a lot of time on mergers and acquisitions. On February 18, 1986, Stephens was appointed president and CEO of Stephens Inc.

In 1990, he was the senior advisor to Tyson Foods in their acquisition of Holly Farms in a nine-month takeover battle. He is only the third chairman, president and CEO in the firm's more than 80 years of operations since 1933.

In 2006, Stephens acquired 100 percent of the outstanding shares of Stephens Inc from the other family members.

Stephens serves on the board of Dillard's.

A Republican, he supported Bob Dole in 1996, Steve Forbes in 1999, and has supported Mike Huckabee. Stephens was a bundler for Mitt Romney in 2012. He has been critical of presidents Bill Clinton and Barack Obama. During the 2016 election, Stephens and his brother Jackson Stephens were major financial supporters of the Stop Trump movement.

Stephens served on the board of trustees of his alma mater, Washington and Lee University. Stephens and his wife Harriet are benefactors of various organizations, most notably the Episcopal Collegiate School and the Arkansas Arts Center, both in Little Rock.

United States
4 Persons
GlobalNY.biz pays special attention to the activities of famous people: politicians, officials, businessmen, bankers, cultural and sports figures. Their opinion largely determines the development of political, social and economic life in New York. The section is constantly edited by our journalists for the relevance of information. Here you can find information about CEOs and presidents of top New York companies, officials and public figures who play a key role in the development of the region.
The goal of the project is to create a comfortable information space for all market actors, as well as to acquaint the readership with business people in New York.
We have created an impressive database of people in New York, which contains information about a career path, education and other important information about a person.
Thanks to automatic counting of the number of mentions of a person in the news sections " New York News ”and“ New York Press Releases ”on the portal the rating of popularity and influence of persons is formed. The GlobalNY.biz team monitors rating changes and rewards project participants for their success. In general, the rating of participants is based on an in-depth analysis of the activity of PR services of famous people, and also reflects the qualitative state of the information field formed by the media and press services around the organization.
Business People of New York is a project about people who, through their ideas, words and deeds, have a great influence on the development and prosperity of New York.
Alena Potapova
Development Director
Subscribe to the person
About company

Stephens Inc.
Stephens Inc. is a privately held, independent financial services firm headquartered in Little Rock, Arkansas. As one of the largest privately owned investment banks in the country, Stephens...
Person in rating
All