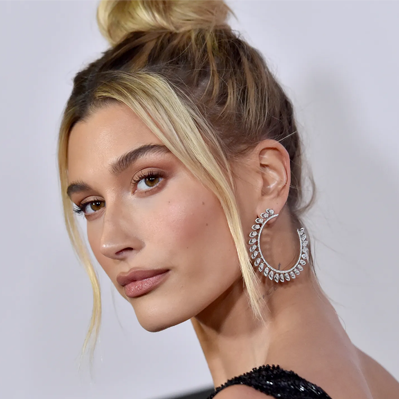 Hailey Rhode Baldwin Bieber  is an American model, media personality, and socialite. Baldwin trained as a ballet dancer; her dancing career ended due to an injury. She has been featured in major ads for Guess, Ralph Lauren, and Tommy Hilfiger. Baldwin is a daughter of Stephen Baldwin and niece of Alec Baldwin. She is married to Canadian singer Justin Bieber and lives in Waterloo, Ontario, Canada.

Baldwin was born in Tucson, Arizona, to actor Stephen Baldwin, the youngest of the Baldwin brothers, and graphic designer Kennya Deodato Baldwin. Her mother is a Brazilian of Italian and Portuguese descent, and her father is of English, Irish, Scottish, French, and German descent. Baldwin's maternal grandfather is the Brazilian musician Eumir Deodato. Baldwin was home schooled as a child. She attended American Ballet Theatre in New York through her teen years. Baldwin was named after Halley's Comet.

Baldwin's first career aspiration was to become a professional classic ballet dancer, but her training ended due to a foot injury. She performed for the Miami City Ballet before her injury.

Baldwin was linked to Shawn Mendes in 2018, with the two making their first public appearance together that May at the Met Gala. Baldwin and Justin Bieber had briefly dated from December 2015 to January 2016, before splitting, then reconciled in June 2018. The couple got engaged in July 2018, and confirmed in November 2018 that they were married.

She currently resides in Waterloo, Ontario, Canada. The Biebers had a second ceremony in South Carolina on September 30, 2019.

MTV Video Music Awards 2021: Performer of the year and best music video of the year
Business
2934
View all