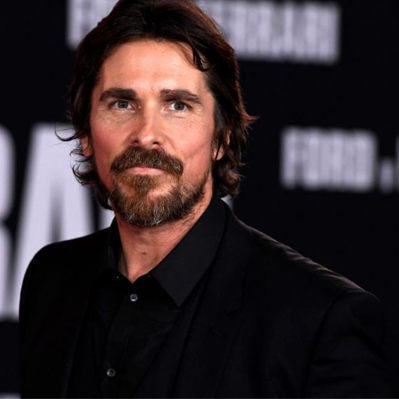 Christian Charles Philip Bale  is an English actor. Known for his versatility and intensive method acting, he is the recipient of many awards, including an Academy Award and two Golden Globe Awards, and was featured on the Time 100 list of 2011.

Christian Charles Philip Bale was born on 30 January 1974 in Haverfordwest, Pembrokeshire, to Jenny (née James), a circus performer, and David Bale, an entrepreneur, commercial pilot and talent manager. Bale has three sisters. His mother is English and his father was born in South Africa, to English parents. Bale has remarked, "I was born in Wales but I'm not Welsh – I'm English". He spent his childhood in Wales, Surrey and Dorset in England, and Portugal. Bale acknowledged that the frequent relocation had a major influence on his career choice. He attended Bournemouth School, but left at age 16.

Bale studied the work of actor Gary Oldman, citing him as "the reason I'm acting". His first role was a commercial for the fabric softener Lenor in 1982. A year later, he appeared in a Pac-Man cereal commercial, playing a child rock star. In 1984, he made his stage debut in The Nerd on London's West End with Rowan Atkinson. Bale's parents divorced in 1991. His mother and sister Sharon stayed in Bournemouth, and Bale moved with his father to Los Angeles, California at age seventeen.

Bale currently resides in Brentwood, Los Angeles, having previously lived in Santa Monica, California. He applied for US citizenship in 2010 and completed the naturalisation process in 2014.

In 2000, Bale became the stepson of feminist Gloria Steinem, who married his father David Bale that year. The senior Bale died in 2003 of a brain lymphoma.

Bale actively supports environmental groups such as Sea Shepherd Conservation Society, Greenpeace, and the World Wildlife Fund. Along with his wife, Sibi, he is on the Board of Trustees of the Dian Fossey Gorilla Fund.

On 22 July 2008, Bale was arrested in London after being accused of assault by his mother, Jenny, and sister, Sharon, at The Dorchester hotel. After his mother and sister called the authorities, Bale was held for more than four hours. He was released on bail, pending further investigation. On 14 August 2008, police declared that they would take no further action against him. Bale denied that any assault had occurred, and charges were not laid for lack of evidence.