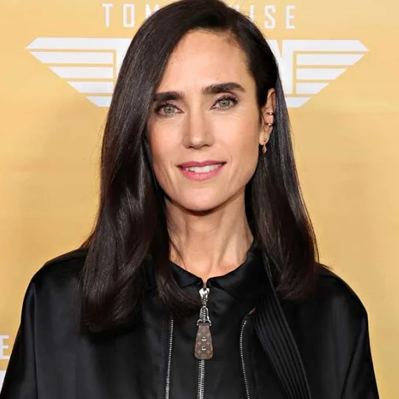 Jennifer Lynn Connell is an American actress. She began her career as a child model before making her acting debut in the 1984 crime film Once Upon a Time in America. After having worked as a model for several years, she began to concentrate on acting, starring in a variety of films including the horror film Phenomena (1985), the musical fantasy film Labyrinth (1986), the romantic comedy Career Opportunities (1991), and the period superhero film The Rocketeer (1991). She received praise for her performance in the science fiction film Dark City (1998) and playing a drug addict in Darren Aronofsky's drama film Requiem for a Dream (2000).

In 2002, Connelly won the Academy Award for Best Supporting Actress for her portrayal of Alicia Nash in Ron Howard's biopic A Beautiful Mind (2001). Her subsequent films include the superhero film Hulk (2003), the horror film Dark Water (2005), the psychological drama Little Children (2006), the drama film Blood Diamond (2006), the science fiction film The Day the Earth Stood Still (2008), the romantic comedy He's Just Not That Into You (2009), and the biopic Creation (2009). In the subsequent decades, she took on supporting roles in Aronofsky's biblical epic film Noah (2014) and in the action films Alita: Battle Angel (2019) and Top Gun: Maverick (2022). Since 2020, she has starred in the TNT dystopian television series Snowpiercer.

Connelly was named Amnesty International Ambassador for Human Rights Education in 2005. She has been the face of Balenciaga and Louis Vuitton fashion advertisements, as well as for Revlon cosmetics. In 2012, she was named the first global face of the Shiseido Company. Magazines, including Time, Vanity Fair, and Esquire, as well as the Los Angeles Times newspaper, have included her on their lists of the world's most beautiful women.

Connelly was born in Cairo, New York, in the Catskill Mountains. She is the daughter of Ilene, an antiques dealer, and Gerard Karl Connelly, a clothing manufacturer. Her father was a Catholic of Irish descent. Connelly's mother was Jewish, and was educated at a yeshiva; all of Connelly's maternal great-grandparents were Jewish immigrants from Poland and Russia. Connelly was raised primarily in Brooklyn Heights, near the Brooklyn Bridge, where she attended Saint Ann's, a private school specializing in the arts. Her father suffered from asthma, so the family moved to Woodstock, New York, in 1976 to escape the city smog. Four years later, the family returned to Brooklyn Heights, and Connelly returned to Saint Ann's School.

After graduating from high school, Connelly studied English literature at Yale University in 1988. Connelly has described herself as a conscientious student who "wasn't really concerned with having a social life or sleeping or eating much. I was really nerdy and pretty much stayed in the law-school library, which is open 24 hours, most of the time I wasn't in class". After two years at Yale, Connelly transferred to Stanford University to study drama. There, she trained with Roy London, Howard Fine, and Harold Guskin. Encouraged by her parents to continue with her film career, Connelly left college and returned to the movie industry the same year.

While filming The Rocketeer, Connelly began a romance with her co-star Billy Campbell. They became engaged but broke up in 1996 after five years together. Connelly then had a relationship with photographer David Dugan, with whom she has a son, born 1997.

On January 1, 2003, in a private family ceremony in Scotland, she married actor Paul Bettany, whom she had met while working on A Beautiful Mind. The couple has two children, a son, born 2003, and a daughter, born 2011. After having lived together in Tribeca, she and Bettany moved to Brooklyn Heights.

On November 14, 2005, Connelly was named Amnesty International Ambassador for Human Rights Education. She appeared in an advertisement highlighting the global need for clean water, and sought donations for African, Indian, and Central American drilling projects for the non-profit organization Charity: Water. On May 2, 2009, she participated in Revlon's annual 5k Run/Walk for Women. In May 2012, Connelly was named ambassador for Save the Children fund, to advocate for children's rights in the United States and worldwide.