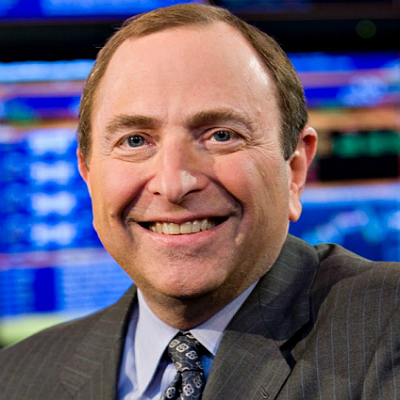 After graduating from law school, in 1977, Bettman joined the New York City law firm of Proskauer, Rose, Goetz and Mendelsohn. Four years later, he was hired by the National Basketball Association (NBA), where he rose through the ranks to become third in command of the league.

In 1993, NHL president Gil Stein stepped down and Gary Bettman was hired as the NHL's first commissioner, and given a mandate that included increasing the league's footprint in the United States while serving the team owners.

At the time of Bettman's hiring, the NHL was comprised of 24 teams, with a commitment to having the Florida Panthers and Mighty Ducks of Anaheim join the NHL for the 1993-94 season. His focus on expansion into the United States helped bring the number of NHL franchises to 31. In addition, he was integral in relocating the Minnesota North Stars to Dallas in 1993, the Quebec Nordiques to Denver in 1995, the original Winnipeg Jets to Phoenix in 1996, the Hartford Whalers to Raleigh in 1997, and in 2011, the Atlanta Thrashers were moved to Winnipeg.

Another innovation that garnered great enthusiasm during Commissioner Bettman's time overseeing the NHL is the expanded idea of outdoor games. The league introduced the first Heritage Classic in 2003, the first Winter Classic in 2008 and a Stadium Series in 2014. To celebrate the NHL's centennial, a Centennial Classic and an NHL 100 Classic were played in 2017.

Under Bettman's watch, the NHL has enjoyed rapid growth of league revenues (it has reported that revenues have catapulted from $400 million in 1993 when he was hired by the NHL, to more than $4.4 billion by 2016-17.

Mr. Bettman also concentrated on broadcast revenues. In the United States, he secured a five-year deal with the Fox Broadcasting Company beginning in 1994-95. That was followed by a five-year deal with ABC and ESPN. A deal with Comcast was followed by a ten-year deal in 2011 with Comcast/NBC, a recently merged company. Meanwhile, in Canada, the NHL secured Rogers Media for a 12-season deal in 2013 to broadcast games across its numerous platforms.

Led by Bettman, who reports to the franchise owners, the NHL has gone through three work stoppages. The 1994-95 lock-out finally ended after 104 days when the owners and the players agreed to a cap on rookie contracts, changes to arbitration and restrictive rules for free agency that would not grant a player unrestricted free agency until the age of 31.

The cancellation of the entire 2004-05 season resulted because of the chasm between the owners' demands and the Players' Association's agreement. Finally, the sides agreed to a new collective bargaining agreement which included a hard salary cap linked to a fixed percentage of NHL revenues, a 24% rollback on salaries and free agency beginning after seven years of NHL service.

The league experienced a lock-out again to start the 2012-13 season. Finally, on January 6, 2013, a deal was reached on a new collective bargaining agreement that included an eight-year limit on contract extensions and seven years on new contracts, a salary floor of $44 million US and a salary cap of $60 million US, a maximum 50% various in salaries over the course of a contract, mandatory acceptance of arbitration awards under $3.5 million US, no realignment and an amnesty period to buy out contracts that do not fit under the salary cap.

It was also Gary Bettman who introduced the idea that each player on the Stanley Cup-winning team would have the opportunity to spend a day with the game's greatest trophy. The first team to earn that right was the New Jersey Devils, Stanley Cup champions in 1995.

The Sports Business Journal named Gary Bettman its Sports Executive of the Year in 2014. He was inducted into the International Jewish Sports Hall of Fame in 2016. As of 2018, the NHL Commissioner can also lay claim to being an Honoured Member of the Hockey Hall of Fame in the Builder Category.