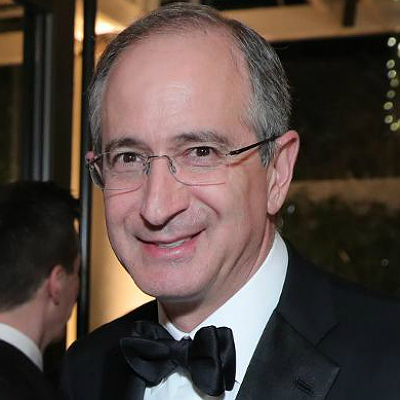 Position: Billionaire businessman who is the chairman and chief executive officer (CEO) of Comcast

Activity: American billionaire businessman who is the chairman and chief executive officer (CEO) of Comcast, an American company providing cable, entertainment, and communications products and services which was founded by his father, Ralph J. Roberts.

Brian Roberts (Full name – Brian L. Roberts) is an American businessman who was born on June 28, 1959, Philadelphia, Pennsylvania, U.S. He currently serves as the Chairman and Chief Executive Officer (CEO) of Comcast, an American company providing cable, entertainment, and communications products and services which was founded by his father, Ralph J. Roberts.

Roberts and his wife, Aileen Kennedy Roberts, live in Philadelphia and have three children, Sarah, Tucker, and Amanda. Aileen is the director of the Barnes Foundation. Roberts’ father is late Comcast founder Ralph J. Roberts, and his mother is Suzanne Roberts. Roberts presented his mother in 2010, along with his brother Douglas and his father, Women’s Image Network Awards Lifetime Achievement Award.

Roberts was born on June 28, 1959, in Philadelphia, Pennsylvania. He began working for Comcast Corporation immediately he earned a Bachelor of Science degree from the Wharton School of the University of Pennsylvania in 1981. Roberts is 61 years old as of 2019.

Brian Roberts, the CEO, and chairman of media and technology company Comcast, where he has sole voting power over approximately a third of the company’s stock. His father Ralph Roberts (d.2015) was the founder of Comcast, where Brian had his first internship at age 15.

Roberts became president in 1990 at age 31; seven years later, his father Ralph transferred the bulk of his voting shares in the company to him. Comcast, with 3 primary businesses, Comcast Cable, NBCUniversal, and Sky, posted revenues of over $94.5 billion and a profit of $11.7 billion in 2018. Roberts estimated net worth is $2 billion.

In the 2003 list of American wealthiest billionaires by Forbes magazine, Brian Roberts ranked number 388. He is ranked at number 1281 among the world’s richest in 2019 by Forbes.

Roberts owns a 48 ft sloop and a 65 ft sloop, both designed by Sparkman & Stephens and named Aileen after his wife, which he sails while on vacation in his seasonal home on Martha’s Vineyard. Brian Roberts’ son, Tucker, was appointed the president of Overwatch League esports team Philadelphia Fusion in January 2018, after Comcast and its sporting arm Comcast Spectacor paid a reported $20 million in franchise fees to participate in that league.

Comcast
Comcast Corporation is an American telecommunications conglomerate headquartered in Philadelphia, Pennsylvania. It is the second-largest broadcasting and cable television company in the world by revenue...
Person in rating
All