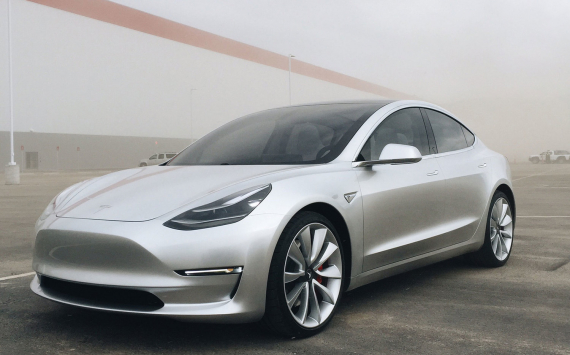 Tesla (TSLA) is now not just the most expensive car company in the world its market value has reached the $1 trillion mark.

This puts Tesla on a par with such giants as Amazon ($1.7 trillion), Google ($1.9 trillion), Microsoft ($2.3 trillion) and Apple ($2.47 trillion). Tesla is worth more than three times the value of Toyota, the world's second-largest automaker, with a market capitalization of about $280 billion.

Under Hertz's agreement, by the end of 2022, 100,000 Tesla Model 3s will be distributed worldwide and installed on thousands of chargers online. Tesla Model 3 renters will have access to 3,000 Tesla service stations in the United States, and Europe. In reserve, electric vehicles will account for more than 20 percent of Hertz's global fleet.

According to a press release, in November, Hertz customers will be able to rent a Tesla Model 3 at airports in the US, as well as in some European cities and surrounding areas.

Hertz provides car rental services at more than 1,600 airports in the US and more than 1,300 worldwide.

Hertz's shares, which are listed on OTC Markets Group, are up 10%.

The company paid off 80% of its corporate debt, successfully sold 200,000 of its cars amid a surge in used car prices and received $10bn in loans.

A total of 13 investment analysts have raised their target prices for Tesla shares for October, with Wall Street's top valuation at $1200 a share, compared to Monday's close of $1024.86.

As a result, Tesla shares gained 59% in the last quarter.