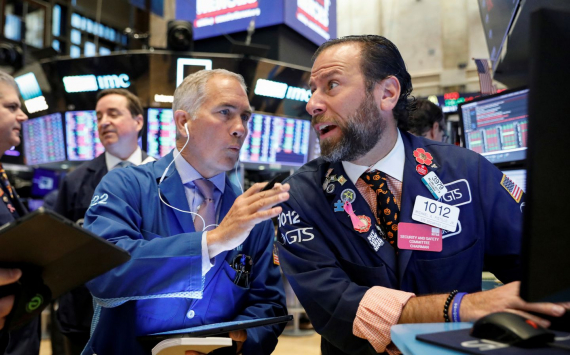 US stock indices rose on Tuesday as the major averages are expected to stabilise at or near their lowest level in months. The Dow Jones Industrial Average rose 114 points, or 0.34 per cent, while the S&P 500 Index and the Nasdaq Composite rose 0.4 per cent and 0.45 per cent respectively. The rise came a day after the Nasdaq fell by more than 2%, continuing a fall from a high of 7.3% on 3 September, closing at its lowest level since 23 June.

Facebook Inc. was in the spotlight as a whistleblower was due to testify on Capitol Hill about the harmful effects of its platform a day after the social networking site and its Instagram and WhatsApp services were shut down for several hours.

Johnson & Johnson has filed an emergency authorisation with the US Food and Drug Administration for the booster vaccine against COVID-19 for people 18 years and older.

Lordstown Motors Corp. was downgraded by Morgan Stanley from 'hold' to 'sell' and given a $2 target price amid concerns over the planned sale of the company's Ohio plant for $230 million, or less than 20% of its value.