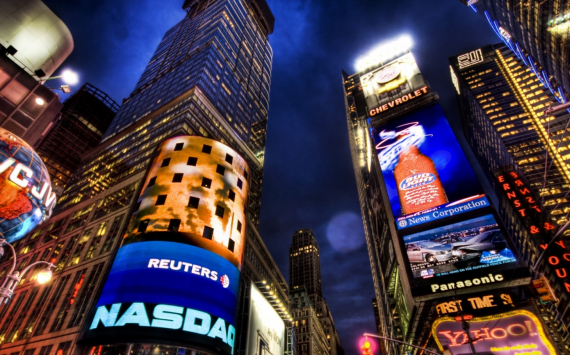 Nasdaq down 2.8% and S&P 500...
Subscribe to Newsletter
Main
News
Business

After 10-year treasury bond yields rose to 1.54%, which hit tech growth stocks the hardest. Uncertainty around the raising of the US government debt limit and the risk of a lockdown is causing further worries.

The Fed said last week that it would "shortly" cut its monthly bond purchases by $120bn.

The blow to share prices due to higher yields is particularly painful for fast-growing tech stocks.

Stock market investors also see a growing risk of a 'lockdown' in the US, as Republicans in the Senate on Monday blocked a bill passed by the House of Representatives that included raising the government debt ceiling until December 2022 and passing an annual budget.

Congress must approve government funding by Friday to avoid a lockdown, and US Treasury Secretary Janet Yellen warned Congress in a letter on Tuesday that lawmakers must raise the debt ceiling by 18 October to avoid a government default.

The US consumer confidence index fell to 109.3 in September, hitting a seven-month low, the Conference Board reported on Tuesday.

At the same time, sectors related to the economic recovery performed better on Tuesday, with energy stocks showing a slight rise.

Ford (F) shares rose 1 per cent after the company announced plans to build new production capacity in the US.

Although the WTI oil price fell slightly on Tuesday, shares of oil giants ExxonMobil (XOM) and Chevron (CVX) continued to rise. The WTI oil price is up almost 7% from last week's low.

Persons1 and Companies15 in the news