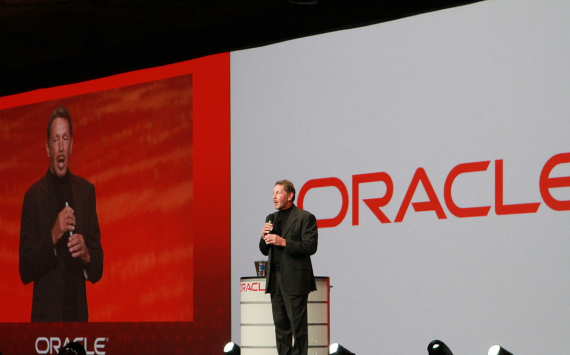 Oracle is running out of rev...
Subscribe to Newsletter
Main
News
Business

Oracle (ORCL) shares fell 1.9 percent after the report as the company reported quarterly earnings below analysts' average expectations. Oracle continues to grow its cloud business by increasing investment in its own data centres.

Oracle (ORCL), a 44-year-old database software company but active in cloud computing, reported its financial results for Q1 FY2022, which ended on 31 August, after the close of trading on Monday.

Oracle shares fell 1.9 per cent in post-market trading on Monday, before losing 1.23 per cent in the week of trading.

However, the overall trend for Oracle shares is positive, up 56% over the past 13 months and the stock has added 37.4% since the start of 2021, as investors applaud the company's drive to increase its share of the cloud computing market.

Oracle's Q1 financial report The company reported an 11% increase in earnings per share (from last year's figure) to $1.03, above analysts' average forecasts of $0.97.

As Oracle looks to strengthen its competitive position in the global cloud computing market and gain more customers such as Zoom Video Communications (ZM), the company continues to invest heavily in this segment. Oracle increased its capital expenditure to more than $1 billion during the quarter, up from $436 million in the same quarter last year. The company is building more data centres as Microsoft's Azure (MSFT), Amazon Web Services from Amazon (AMZN), Salesforce (CRM) and IBM (IBM) are very strong competitors.

In its press release, Oracle cited a Cloud Wars article that cited a study by reputable Gartner, which found that "Oracle has surpassed Google in the ranking of major cloud environments".

The board has declared a quarterly cash dividend of $0.32 per Oracle common share. This dividend will be paid to shareholders of record at the close of business on 12 October 2021, with a payment date of 26 October 2021.