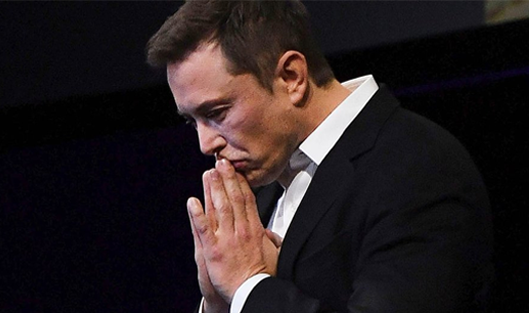 What happens to the businesses of wealthy people? The answer to this question can be found in this article.

The state of the world's ten richest people has fallen by 14.4 billion dollars

Following Monday's trading results, only two billionaires of the top 10 Bloomberg ratings managed to increase their fortune. The founder of the companies Tesla and SpaceX, Elon Reeve Musk, who was $2.88 billion rich at once, is on the fourth line of the rating, while the founder of Amazon is $263 million, but he remains the leader of the rating.

At the same time, as Forbes magazine writes with reference to its counter, the combined fortune of the world's ten richest people was falling by more than $17 billion a day, and the only businessman in the top ten whose capital has not decreased was the founder of Amazon. Also, according to Forbes, Elon Musk, the founder of Tesla, lost 66 million dollars.

Americans are leading the list of the 10 largest billionaires in the world, with only two positions held by wealthy people from other countries.

The decline in billionaire's fortunes can therefore be explained by the sell-off on the American stock markets on Monday. The Dow Jones Index fell by 2.3%, the worst fall in one trading session since 3 September. The S&P 500 Index lost 1.9%, showing the largest fall in a month.

Beyond Meat has struck deals with McDonald’s and Yum! Brands
Business
527

Government will buy tickets for underage illegals to take to relatives in the U.S.
Politics
286

Beyond Meat has struck deals with McDonald’s and Yum! Brands
Business
527