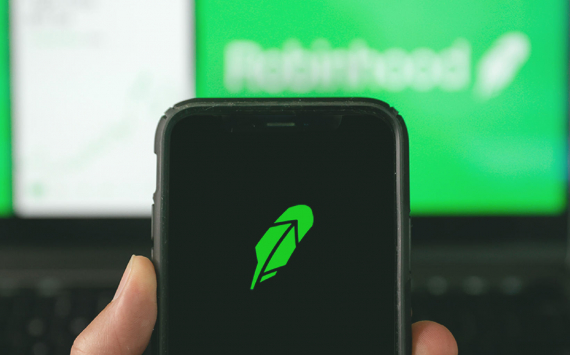 One of the most anticipated IPOs of 2021 for Robinhood, a popular trading app, was followed by an 8.4 per cent drop in shares at the close of trading on Thursday.

Shares in Robinhood (HOOD) began trading publicly on the Nasdaq exchange for the first time on Thursday. The share price in the IPO, the initial public offering on the market, was $38.00 per Class A common share.

Robinhood shares fell 8.4% to $34.82 at the close of trading on Thursday, bringing Robinhood's market capitalisation to about $29bn on the first day of trading.

Robinhood sold 55 million shares in the IPO, raising $2.1bn, but a significant portion of the shares were sold by the founders and employees of the company itself. But the bulk was sold by Robinhood co-founders Vlad Tenev and Baiju Bhatt sold shares worth about $50 million each. Robert Le, a senior analyst in PitchBook's new technology division, attributed the drop in Robinhood shares to the fact that there were simply "more sellers than buyers" in the market.

The presence of significant risks to Robinhood's core earnings, falling cryptocurrency prices and anti-propaganda for the company's IPO on Reddit forums has reduced demand among retail investors. That said, according to Jay Ritter, a University of Florida professor studying the IPO, demand from institutional investors for Robinhood "has been much weaker than expected".

According to Ark Investment Management, a large purchase of almost 1.3 million shares in Robinhood during the IPO was made by the Cathie Wood Innovation ETF (ARKK) exchange-traded fund.

Robinhood said it would set aside up to 35% of its shares for retail buyers in an IPO.

Robinhood made a profit of $7.45m last year, compared with a loss of $107m in 2019. Revenues rose sharply on the back of a huge influx of users on the wave of trading in "meme stocks" such as GameStop (GME) as well as cryptocurrency.

The bulk of Robinhood's revenue comes from options trading, at around 38%, and from equities and cryptocurrency, at 25% and 17% respectively.

Persons5 and Companies7 in the news

The US stock market closed higher on Tuesday: The Dow Jones up 1.34%
Business
978