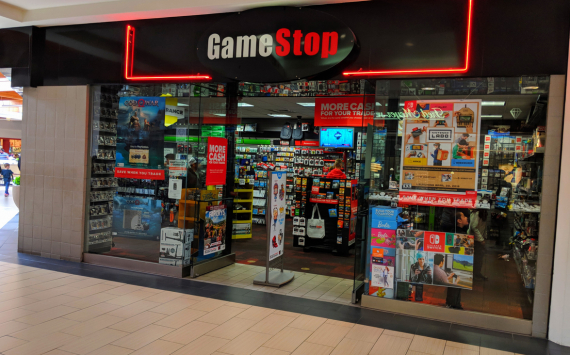 GameStop on Wednesday reported a 25% rise in sales, a reduction in losses and the appointment of former Amazon executives to top management positions. However, this does not make up for the company's problems, which intends to sell up to 5 million additional shares.

Shares in GameStop (GME), a major retailer of goods for gamers, fell 5.2% in after-hours trading following the release of its quarterly report and news of an SEC investigation.

Current GameStop investors perceive the company's financial performance in the context of its reorganisation to transition to a digital sales model, as well as the stock market's valuation of its shares.

From a low price of $3.77 per share in the summer of 2020, GameStop shares jumped to a high of $483 during trading on 28 January. Market experts have said that such growth is unrelated to the company's own financial fundamentals and prospects.

GameStop released its report on Wednesday without holding an online Q&A with analysts, as it did in the previous quarter.

The company also did not provide a detailed reorganisation plan, as required by traditional practice, saying only that it was seeking to increase shareholder value, pay down debt and "lay the foundations for long-term growth".

SEC investigation into speculative trading in GameStop shares GameStop said on Wednesday that it had received a request from the US Securities and Exchange Commission (SEC) on 26 May for voluntary production of documents and information. The company said it is considering the request and plans to cooperate.

GameStop also said it did not expect the investigation to adversely affect it.